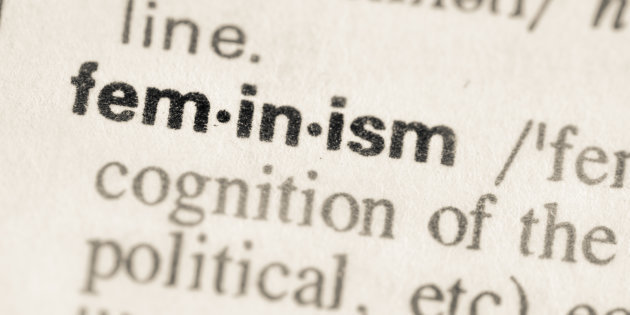 Definition of word feminism in dictionary

Is male engagement in the fight for the equality of women and men a yes or a no? Why? Akina Mama wa Afrika in her quarterly Knowledge Hubs, a space for her AMwAzons to come together and reflect on topical issues while enhancing their knowledge, convened her alumnae of the African Women’s Leadership Institute in a discussion on feminism and male engagement. Our TuWezeshe 2018 fellow, Fionah Komusana, penned down a number of thoughts from the participants at the dialogue. Dig in!

Tell us your name and why you are a feminist.

That was how Pauline, our moderator for the conversation on male engagement in the feminist movement broke the ice.  One by one we all mentioned our names and went ahead to declare why we identify as feminist.  “I am a feminist because feminism gave me the language to express all the ways I felt oppressed”. That was my answer. I don’t remember any of the other answers from the participants that I would like for the purpose of this article to refer to as “sistren”. I don’t remember because I didn’t know I would need to refer to those answers as an opening when I sat down to write.

I am not the biggest fan of engaging men in anything, certainly not in the feminist movement because, this is the fight for our lives and if I have learnt anything from my interaction with most men, feminism is a subject they want to confront but not educate themselves about.

One of the biggest conflicts the sistren face is having to fight a system from which men they know, men they love, men they work with, men they interact with on a daily basis, men they have sex with, (maybe even great sex) derive privilege. Privilege that is oppressive. Oppression that is normalized by every system and institution. Systems and institutions that feminism is pulling all-nighters to dismantle.  Hence the question; “Is there space for men to engage in ending patriarchy? And if so, what would that look like?

There was a general consensus in the room with the exception of Gloria and I that, on the table of feminism, there is room for men to maybe not sit, but perhaps stand in the corner and wait to pass the salt. In the words of the only man, Samuel Banadda, in the room, “if men are to participate, they should come on board as second class activists”.

History has taught us that centering men does nothing for women.

Nothing good anyway. There is also need for the sistren to caution themselves that in having men fight alongside them, there is a danger to them wanting medals, and a red carpet and a jazz band announcing their ‘championship’ as women rights activists in public, while they continue to benefit from patriarchy. In other words, even if in the next how many centuries, men became feminist allies, can we trust them?

Does it seems like I am asking more questions than providing answers? Well, it was that type of conversation. Even the biggest advocates, of male engagement in the room, could not paint a clear picture of how that would work and I have a theory on why.  We have not defined for ourselves why we want male engagement yet and what that would add to the movement. Most of the reasons to engage, stem from a place of pressure from the noise that feminism has become an exclusive club and that somehow we may not achieve equality in all its glory without the approval of men. This works like how all systematic oppression works, we find ourselves spending valuable time and efforts discussing how to make more room for men as if they are not already dominating every platform, and conversation.

There is a part of me that understands from the place I mentioned earlier that the personal is political and for that reason, there is another question.

“Who is excluding men?’

It certainly is not the women. But if their inclusion means that feminists continue doing the work of educating them on feminism and rewarding them for being decent human beings, that cost is too high. In terms of time but especially in terms of our mental health.

16 Days of Activism Against Gender Based Violence
My Tuwezeshe Journey: Saviour Nakakembo
Challenging and Transforming Male Privilege and Power to Tackle Sexual Harassment, Rape and Defilement