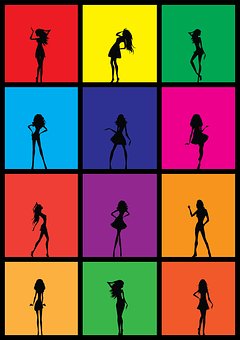 Women in Uganda remain disproportionately affected by various injustices and human rights violations with statistics showing that 7 out of every 10 women in Uganda have at some point in their lives been victims of sexual violence. This is asserted by the high rates of femicide and gender based violence against women as a result of patriarchal norms and misogynistic beliefs. Misogyny also manifests in body and gender policing which are generally regarded as micro-aggressions but which often culminate in physical and sexual violence.

In ‘Keep Your Eyes off My Thighs’: A Feminist Analysis of Uganda’s ‘Miniskirt Law’, feminist scholar, Sylvia Tamale unearths the irony of Uganda’s anti-pornography bill, a weapon for policing women in miniskirts with young men acting as vigilantes while daily, they undress women on the streets with impunity. She highlights that the very laws that should protect women encourage these harmful practices. Women’s bodies are expected to follow a template created by societal trends and women whose bodies do not fit this desired mold are shamed into modifying their bodies to suit these bizarre standards. This often results into years of self-hate from not being light-skinned enough, thin enough or tall enough.

Gender policing starts from an early age where children are taught the best ways to perform their genders in order to conform to societal norms. This information is drummed into their heads for so long and so effectively that their gender becomes the biggest part of their identity. The invisible lines of gender roles and gender performance are drawn very firmly and when crossed, the agents of the patriarchy quickly act to push the defiant ones back by using either shame or violence. Transgender and genderqueer people in Uganda are more likely to be attacked and shamed and there is very little understanding for people who do not identify or act like their designated agenda. They are forced to live very secluded lives to avoid dealing with physical or verbal abuse.

Akina Mama wa Afrika in her knowledge hubs, quarterly learning sessions where her alumnae come together to deepen their politics on issues that concern them held a conversation on gender and body policing with an aim of demystifying the relationship between gender, body policing, and sexual violence in order to question the violence inscribed in gender and how to address such violence. Participants delved into the various ways gender and body policing impacted their lives, guided by Dr. Tushabe wa Tushabe, an Associate Professor at Kansas State University and were taken through lived experiences around how gender conformity is carried out through body policing and sexual violence by looking at, among others, public spaces, language, institutions, and family units.

A gender binary system influences the lives of everyone, but particularly non-gender conforming persons and thus the violence that is inscribed in gender norms. Further, male dominance and power often legitimise men’s entitlement over women’s bodies which in turn fuels sexual violence towards women. Additionally, while poverty might fuel women’s victimisation and their options to leave a violent relationship, it has been widely shown that sexual violence and domestic violence cut across all socio-economic classes. Hence, to curb this, it is essential to deconstruct such male power and dominance and also question it as well as advocate for more inclusive laws to clamp down on sexual violence against non-gender conforming persons.

The complicity of language in the construction of gender and body policing was also interrogated. Participants reflected on ways to alter language to be more inclusive and gender sensitive. Similarly, the need for un-learning the ‘normal’ of gender and thereafter spreading the new knowledge was discussed. Increasing visibility and critical reflections in different types of media is a main strategy to question gender, body policing, and sexual violence. Moreover, sensitisation, particularly starting with educating children at the lower levels, is also a sustainable strategy to instigate change.

How To Cover Stories of Sexual Violence With Humanity
#MeToo?: Building a movement to end impunity on sexual gender based violence in Uganda
Let’s talk sexual positivity, wellness and liberation, shall we?