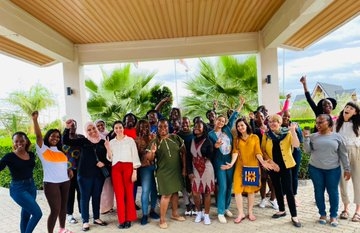 AMwA has set in motion new streams of work in Women’s Economic Justice and Climate Action, aimed at illuminating the precarious and yet often ignored connections between the climate crisis and economic and gender justice. The current neoliberal economic models perpetuate gender inequalities and unequal distribution of wealth. We desire the creation of alternative gender-responsive models that work for women by promoting decent work, access to productive resources, the redistribution of unpaid care work, social protection, and fair taxation policies. Similarly, the gendered impacts of climate change require approaches that address the climate crisis as a complex social justice problem and tackle the root causes and impacts of the climate crisis. Our interventions will therefore focus on amplifying women’s voices and strengthening individual and collective capacities for the advancement of economic and climate justice.

We envision that alternative economic models will be adopted to create feminist economies in which systems of oppression, the underlying structural power relations, and socio-economic marginalization are a thing of the past.

The Amplifying Voices for Just Climate Action Programme is supported by the Dutch Ministry of Foreign Affairs under its five-year strategic partnership: “Power of Voices”, and implemented by a consortium of CSOs including the World Wide Fund for Nature (WWF) Netherlands, SouthSouthNorth, Akina Mama wa Afrika, Slum Dwellers International, Fundación Avina, and Hivos. This programme seeks to see that by 2025, civil society is heard and respected as an equal partner in the co-creation of locally relevant, inclusive, and fundable climate solutions that deliver real benefits to people and nature. The Amplifying Voices for Climate Action programme seeks to center excluded voices in public debate and amplify them to engage and influence a just climate transition. AMwA will implement the programme in Tunisia, Kenya, and Zambia.

Learn more about the programme here

The Women@Work Campaign: Women’s Leadership in the Horticultural Sector Akina Mama wa Afrika with support from Hivos is part of a consortium steering the Women’s Leadership Strategy in the Women@Work Campaign in Uganda, Kenya and Rwanda. The project looks to address both structural and practical needs that hinder women’s ascension to positions of leadership by raising the consciousness of women workers, managers, partners and other stakeholders on gender issues. AMwA with support from the Commonwealth Foundation commissioned a three year project to build a vibrant women’s movement advocating for women’s land rights in the new wave of land acquisition; The project sought to strengthen women’s’ leadership capacities on economic rights, specifically on women’s land rights with emphasis on feminist research, advocacy, movement building and documentation of women’s lived experiences.