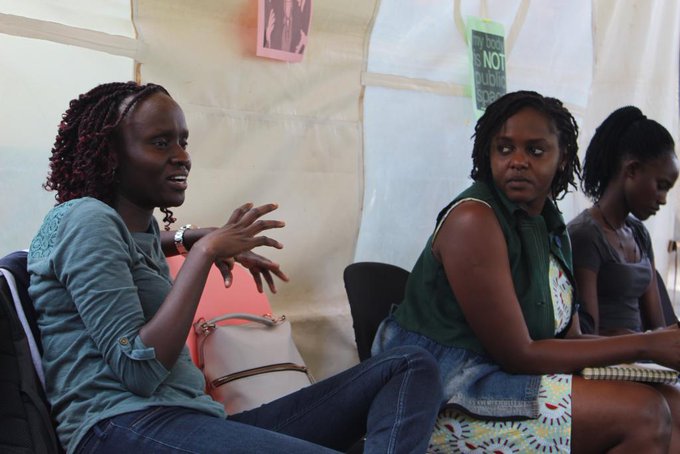 #MeToo, #ChurchToo, #AidToo and related campaigns took the world by storm as thousands of women across entertainment, religious groups and politics called for action against sexual violence by highlighting the pervasiveness of the vice. Incidences of sexual harassment and abuse were brought to light leading institutions on paths of greater transparency with the end goal of developing transformative mechanisms to address violence against women, including tackling the power imbalances at play in various spaces. What the global campaign to end sexual and gender based violence revealed is the fact that civil society organisations are not immune to the vice despite being institutions on a mission to advance social justice. A number of times, violence against women in these spaces has come dressed in labels of ‘male feminist’ or ‘women’s rights advocate’ which has made it an even harder battle to fight. Women who have been brave enough to speak out have ended up being bullied, isolated or threatened by both their organisations and the public.

It is challenging for women to report cases of harassment and assault because in most cases, we are the ones who face the repercussions. Women have lost their jobs because they reported their abusers. Some have even received death threats – Patricia Karungi 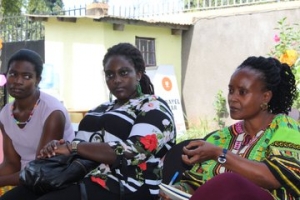 On 8th November, more than 35 women working in civil society in Uganda were convened by Akina Mama wa Afrika together with Femme Forte Uganda as part of the wider campaign to stop sexual harassment in the world of work supported by Urgent Action Fund-Africa. They came to deliberate on some of the ways in which the darker side of human rights advocacy in the form of sexual harassment, assault and abuse could be tackled to make workplaces safer for women. Facilitated by Ophelia Kemigisha, a staff attorney at Chapter 4 Uganda, sisters delved into what constitutes sexual harassment at the workplace starting with defining sexual harassment as any sexual experience that is unwanted and is not characterized by consent in the form of a verbal yes. Additionally, such consent should not be under duress.

We always know when it is harassment. We know when that touch is unwanted. There is no space where a woman is sexually harassed and they are confused about whether they were abused or not – Fiona Komusana

Reiterating Feminist author Mona Eltahawy, interrogated the fact that work systems were created for men, by men and without any consideration that women will occupy them. As such, sexual harassment is a way of pushing women out of work spaces. This was premised on the discussion that sexual harassment at the workplace is a power issue reinforced by patriarchal, religious and cultural beliefs. There was no variance in opinion about unequal power relations between women and men being the root cause of harassment and the urgent need to address these by redistributing power. 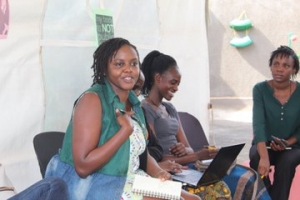 What are the chances of you saying no when the man whose signature determines if you will pay rent or not asks you for sex? – Ophelia Kemigisha

It was reported that while some organisations have zero tolerance policies against sexual harassment in place, officials have gone ahead to abuse their female workers with no repercussions. This is fueled by a culture of silence as well as the normalization of violence against women and girls. Constraints in reporting instances of sexual harassment such as fear of loss of employment and retribution were discussed with sisters expressing the need for a support system to stand in solidarity with victims of abuse and protect them from further retaliation.

When we ask people who have been abused to speak up, we need to think about the basket of care that will protect them from the backlash that comes with naming and shaming their abusers – Participant

Ending the Culture of Silence on Sexual Harassment at Institutions of Higher Learning in Uganda
Creating Safe Spaces to Break the Silence on Violence for Differently Abled Women in Uganda
Call for Papers for Leaders’ Journal: An Analysis of Women’s Rights in Uganda – Deadline Extended