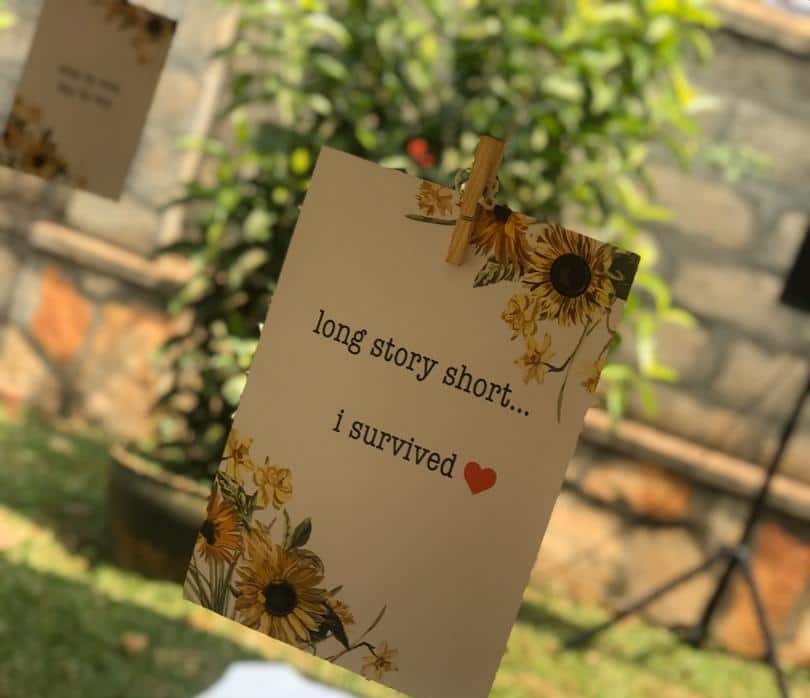 The first 48 hours of 2020 were unforgettable for Ugandan women as several young women found the courage to share their stories and experiences of rape and other forms of sexual violence on online platforms.

In her article “The Toll of Me Too: Assessing the Costs of Those Who Came Forward”, Rebecca Traister writes about the abandoning of the women who spoke up after they provided building blocks for what has now become a social movement and the public’s indifference to their well-being after their stories were no longer headline-grabbing news. The first 48 hours of 2020 were unforgettable for Ugandan women as several young women found the courage to share their stories and experiences of rape and other forms of sexual violence on online platforms. Abusers were named, some by more than one woman. The stories were horrifying and with every story came a long list of trolls and apologists asking for proof, issuing threats of suing for defamation and the usual and I must add predictable excuses of, “what was she wearing, why did she get drunk, what was she doing in his room,  they just want to ruin his reputation”.

The women were however unrelenting in their decision to speak out as one young woman offered to share stories anonymously sent to her privately for anyone who could not share. It was revolutionary but it was also heavy and especially frustrating because Uganda’s justice system offers little to no solutions to sexual violence victims. The proof is in the Police Crime Report of 2018. In the aftermath, Akina Mama Wa Afrika convened a healing space for survivors to share their stories in a safe space and receive psychological support to set them on a path of healing.  About 38 women attended the space which took place on 18th January 2020 convened with the support of Urgent Action Fund Africa, Hivos East Africa and the Women’s International Peace Centre. Because of the nature of the conversation, no photos of participants were taken, but take a look at the powerful messages in the space! 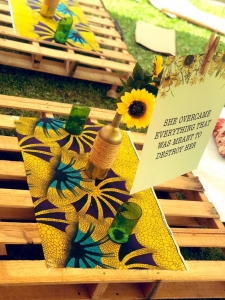 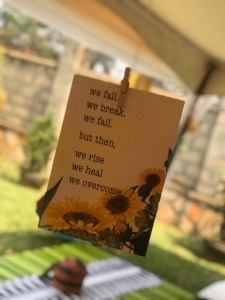 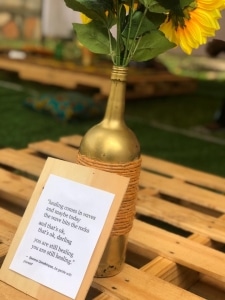 The space opened with physical exercise in the form of yoga followed by a mental wellness session. The session focused on recovering from rape and trauma and tackled the myths and facts about rape and sexual assault that many survivors often believe with the goal of dispelling the victim-blaming. Some of the myths addressed were that you can spot a rapist by the way he looks or acts. Stories of rape by trusted family members, partners and religious leaders shared by the survivors highlighted the fact that rapists are often people known to us who may never have exhibited any kind of violence towards their victims prior to the sexual assault. The session also took survivors through a step by step process to recovery from sexual assault. Key and first among the steps is opening up about what happened. Many of the survivors shared that the healing space was the first time they were opening up about the rape.

Stories of rape by trusted family members, partners and religious leaders shared by the survivors highlighted the fact that rapists are often people known to us who may never have exhibited any kind of violence towards their victims prior to the sexual assault.

There is a certain comfort in sharing with strangers who have similar experiences that does not carry with it the shame and stigma that often comes with being raped. For the afternoon of 18th, the healing space provided a utopia, where survivors felt safe enough to unburden and light enough to have a bit of fun. And while recovering from sexual assault takes time, and that the healing process can be painful, they understood that with psychological support, they can regain their sense of control, rebuild their self-worth, learn to heal and especially that long after their stories are not the talk of Uganda’s social and mainstream media, they are not alone. For the woman reading this and you have been a victim of any form of harassment, WE BELIEVE YOU!

We are especially grateful to the day’s facilitators Rita Auma and Phoebe Murungi who skillfully set the pace for the conversation.