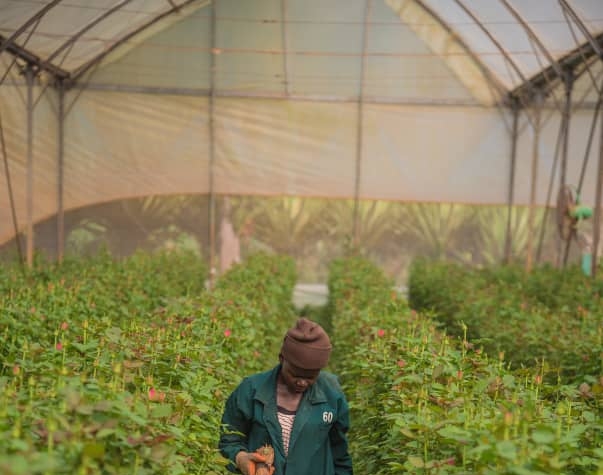 Akina Mama wa Afrika joins millions of African women workers, the most active economic female agents world over, in celebrating their achievements and contribution to the development of their lives and the world. We strongly condemn the multiple forms of abuse and exploitation that women and girls are subjected to at their workplaces manifested as limited participation in decision making, unequal pay, and sexual harassment among others. We affirm that promoting decent work for all will require reflecting on the challenges faced by women at the workplace, creating opportunities for their productive work and establishing mechanisms to support them in order to foster sustainable economic development.

African women are stalled in achieving their full potential largely due to persistent historical and structural unequal power relations between women and men demonstrated by oppressive cultural practices, inequalities in access to, ownership of and control over resources, growing gaps in equality of opportunity and limited access to social protection systems as well as rights violations at the work place such as sexual harassment and respect for women’s reproductive health rights. Women also bear the brunt of unequal unpaid care and domestic work which further limits their advancement in the paid labour market and entrepreneurial activities compared to their male counterparts while women-dominated industries are continuously undervalued. Despite these injustices, some of which are the underlying causes that make women and girls vulnerable to human trafficking, women remain underrepresented in leadership and decision-making roles, and dominant in front-line service delivery roles. This has been established through our work with women workers in the horticultural sector in East Africa as part of the Women@Work campaign supported by Hivos, where across the three countries of Uganda, Kenya and Rwanda, women were relegated to diminutive jobs of picking flowers while the men took on all the leadership positions.

For women participating in the paid labour force, their vulnerability is heightened as their labour is looked at as dispensable given that the largely informal market is oversupplied with workers willing to do work at any price. Women are also looked at as being more accommodating and therefore providing cheap labour which employers looking to cut costs prefer. In Uganda, 61% of people in employment are said to be engaged in vulnerable employment, with 71% of these being women.  Vulnerable employment is characterised by irregular work and pay, no social security, no written contracts, among other things.   Furthermore, with the majority of women in the informal sector, they are less likely to have access to protection from social security and pension schemes.

It is therefore imperative that African women’s voice, agency, participation and leadership be strengthened to ensure the full, equal, effective and meaningful participation and leadership of women at all levels of decision-making and address the existing gaps and biases. As part of the Women Leadership Strategy under the Women@Work, Akina Mama wa Afrika has committed to strengthening women’s leadership capacities for enhanced influence and participation in decision-making processes within the East Africa Horticulture Sector. The Women’s Leadership strategy is premised on the belief that enhancing the leadership skills and opportunities; supporting women to overcome barriers to leadership, confronting limiting attitudes towards women in the workplace, anchoring gender diversity strategies in a compelling business case, and empowering firms to prioritize gender diversity will enable women to build their competence and seek leadership positions.

Recognizing that decent work means not leaving African women behind in terms of equal pay and employment opportunities, guaranteeing no discrimination whether by gender, sexual orientation, race or disability but social protection for workers and their families in addition to safety and security while at the workplace and that good governance is essential for sustainable development, we demand that: