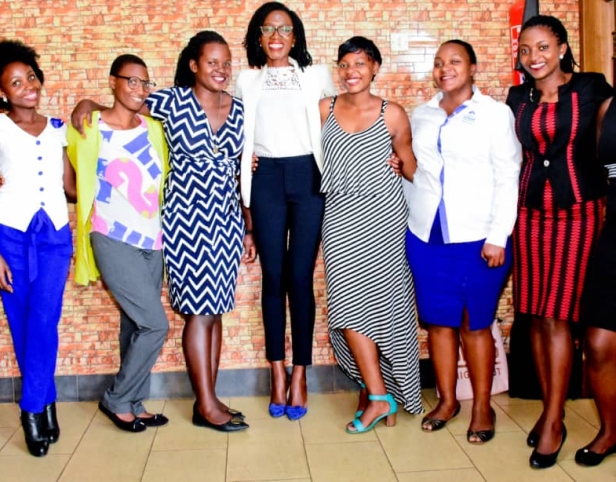 The grim reality of any Uganda woman is that she, or a woman she knows has experienced sexual violence at one point or other during her lifetime. The #MeToo movement has taken the Global North by storm, fueling uncomfortable conversations about sexual assault and attempting to hold perpetrators accountable. Never, has there been such widespread debate over consent and abuse of power than in the wake of #MeToo.  It is prudent therefore, to locate the Ugandan experience within the larger global conversation.

On behalf of the Uganda Feminist Forum, Akina Mama wa Afrika (AMwA) hosted a dialogue to interrogate the state of organizing and accountability on sexual gender based violence in Uganda during the National Women’s Week. The purpose of the dialogue was to create a safe space to talk about sexual violence in Uganda, with the aim of building and strengthening an intersectional movement to combat the vice. It was the time to come together to galvanize, strategize, resist and collaboratively shape a more equitable feminist future where women are safe and liberated. The move was in response to one of the recommendations emerging from the last 2017 Uganda Feminist Forum that stressed the urgency of addressing violence against women.

The event was conducted as a dialogue comprising panelists: Tricia Twasiima, a Feminist lawyer; Nivatiti Nandujja, the women’s rights coordinator at Action Aid International Uganda; Solome Nakaweesi-Kimbugwe, a Feminist activist and Raymond Mujuni, a journalist.Some of the emerging issues from the meeting were inclusiveness and the need to work this to build a stronger movement, moving from focusing on numbers to the issues that really matter such as the inadequate capacity of the state institutions to tackle gender based violence exemplified by the lack of special GBV courts and advocating for the rights of sisters in the LBQ community who faces numerous challenges when reporting cases of sexual harassment. Further, we must influence the media to accurately and effectively report on sexual violence seeing how they have the power to influence society’s perspectives. Panelists also discussed #MeToo in the Ugandan context and how men can contribute to the fight against gender based violence in Uganda.

Accountability in the #MeToo Movement; Fighting Sexual Violence at the Workplace in Uganda
Building a Community of Sisterhood with the Uganda Feminist Forum
16 Days of Activism Against Gender Based Violence