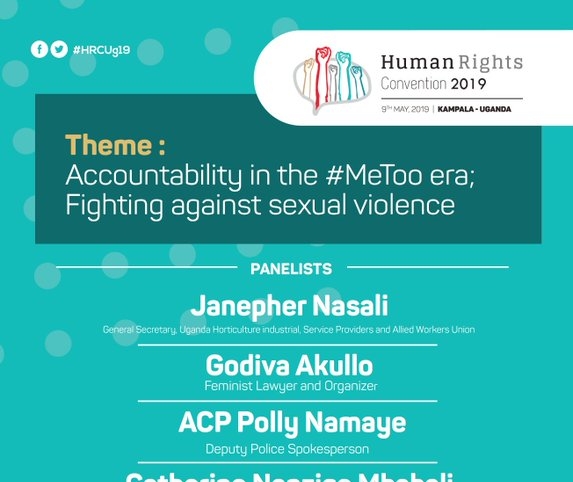 From street vendors and domestic workers to subsistence farmers, women make up a disproportionate percentage of workers in the informal sector. In Sub-Saharan Africa, over 74% of women in non-agricultural jobs are in informal employment. It is articulated that in Uganda, the informal sector is an important part of the economy at large. In 2014, it was estimated to contribute to over 50% of Uganda’s GDP and employ 80% of its labour force. The #MeToo movement confirmed that sexual harassment, a form of violence and discrimination rooted in historic power imbalances and the male dominated culture, is a universal monstrosity that occurs in private and public spaces, and in formal and informal institutions, including government agencies, private sector, Non-Governmental Organizations (NGOs), and the United Nations.

Though the #MeToo movement has gained momentum, its lack of penetration in the informal sector has been well highlighted with numerous reasons ranging from social stigma to lack of proper structures, among many others. Sexual harassment has particular complexity in the informal sector where the reach of employment laws is minimal and where workers have a heightened vulnerability to the abuse of power and are in large part women whose experiences of harassment have been very poorly recognised or documented. In some contexts, even basic sanitation facilities are not available – the need to defecate and urinate, or tend to menstrual flow, in open spaces leaves them susceptible to sexual abuse in ways dissimilar to workers in the formal sector. Domestic workers, located inside their employers’ homes, have found sexual harassment as a common aspect of their job. In such cases where they are isolated and where there may be no co-workers and formal avenues of complaint, redress or accountability in such situations is hard to come by.

In partnership with Chapter Four Uganda and FES Uganda, Akina Mama wa Afrika hosted a conversation on sexual harassment in the workplace with a specific focus on women workers in the informal economy in Uganda at the third annual Human Rights Convention. The conversation themed “Accountability in the #MeToo Movement; Fighting Sexual Violence in the Workplace” sought to create a safe space to interrogate the state of sexual violence in flower farms in Uganda and therefore generate practical recommendations to influence policy and practice on sexual violence for women in the informal sector in Uganda.

The conversation was held as a panel-style discussion featuring Godiva Akullo, a feminist lawyer; ACP Polly Namaye, the deputy police spokesperson; Catherine Nanzinge Mbabali, a market entrepreneur and Janepher Nassali, the General Secretary, Uganda Horticultural Industrial Service Providers and Allied Workers’ Union (UHISPAWU) as panelists. The conversation revolved around situating the #MeToo movement in the Ugandan context with a general consensus in the room that it is often difficult for women in the informal sector, with no privilege or education, to access some forms of justice when sexually harassed.

Experiences of women market vendors and flower farm workers of sexual violence were shared as well as how the different entities attempt to curb the vice and how they could better be supported. In the markets, it was reported that women and girls, most of whom are single mothers, endure harassment for their businesses to survive as most men attach business deals to sexual favours. In addition, women and girls face street harassment in the form of groping of their body parts such as breasts and buttocks. There is a system in place against sexual violence where the by-laws of the market are applied to suspend or expel the perpetrators, depending on the form of abuse.

In flower farms on the other hand, cases of sexual violence reported to the Union are few.  The Sexual Harassment Policies, which the law mandates every organization with more than 25 employees to have, are followed in accessing justice for survivors. It was stated that at times, survivors report 2-5 days after, because of fear. The perpetrators are often supervisors and sometimes, the company pays the survivor a sum of money to withdraw the allegation.  More often, women do not even realize they are being harassed, for example when men are roofing the greenhouses they direct obscene words to the women working in the flower farms below and everyone laughs it off including the women. However, this has reduced since the Union has tasked the management with preventing it, as it is their responsibility. The conversation created a safe space for women to share their experiences of sexual violence.

Sexual harassment according to Ugandan law was demystified and the adequacy of the law to cover sexual violence in its entirety assessed. While it was reported that the laws exist and only enforcement remains the challenge, it was argued that Ugandan women have not been involved in law making processes and as a result, the law does not adequately protect them. Such an example is the fact that survivors are required to provide corroborating evidence when they are abused, further intimidating them. Some of the laws highlighted that aim to protect women from sexual harassment were the Employment Act and the National Gender Based Violence Policy.

One of the key recommendations was feminist organizing where Feminists come together with women in the informal sector and provide them with the tools; knowledge and information, to advocate for themselves as women who are fully capable of organizing for themselves on issues that affect them. Our role as women who are interested in flourishing together with other women should then be to provide this information instead of speaking for them.

#MeToo?: Building a movement to end impunity on sexual gender based violence in Uganda
Survivors of Sexual Violence are Human Beings Before They Are Headlines
The Institutionalization Of Sexual Violence In Uganda