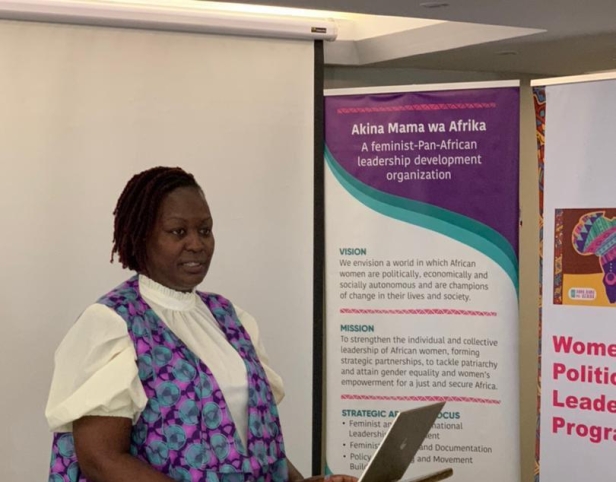 Seeking to understand the context surrounding women and youth’s participation in political leadership, a Political Economic Analysis (PEA) was conducted in Kenya by Akina Mama wa Afrika, Mzalendo Trust and the Netherlands Institute for Multiparty Democracy with the support of the Dutch Ministry of Foreign Affairs. The analysis sought to understand what forces were afoot in influencing the participation or exclusion of women and youth in political leadership. This included key power holders, their interests, and how these interests either enhance or hinder youth and women’s political aspirations and participation in Kenya. The PEA was informed by perspectives of youth and women who brought to light power relations as well as their spheres and possibilities of influence in the political arena. The PEA titled “Nothing without us: Exploring Opportunities to Advance Women’s and Youth’s Political Leadership in Kenya’s 2022 Elections” was launched at a  Policy Dialogue Forum co-hosted by AMwA and the aforementioned partners together with political and civic actors in Nairobi, Kenya on the 23rd of March, 2022. 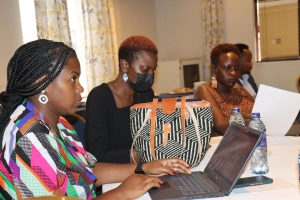 Major findings from the report established that women’s participation in political leadership occurs in a climate of violence. This climate rife with physical, psychological, sexual and verbal violence is sustained by those who use power and political positions as tools to deter their ambitions. The report recommends the need to offer feminist and transformative leadership development to youth and women. By applying an intersectional feminist lens,  the policy brief provides practical recommendations that would raise women and youth’s analytical capacity and consciousness to see and address the systemic linkages of patriarchy and other social problems hindering their political participation in Kenya. Akina Mama wa Afrika as a pan-African and a regional organization working in seven African countries will engage this policy brief to raise feminist consciousness among women and youth on the systemic barriers towards women’s participation in political leadership as well as providing pathways to increasing participation at all political levels.