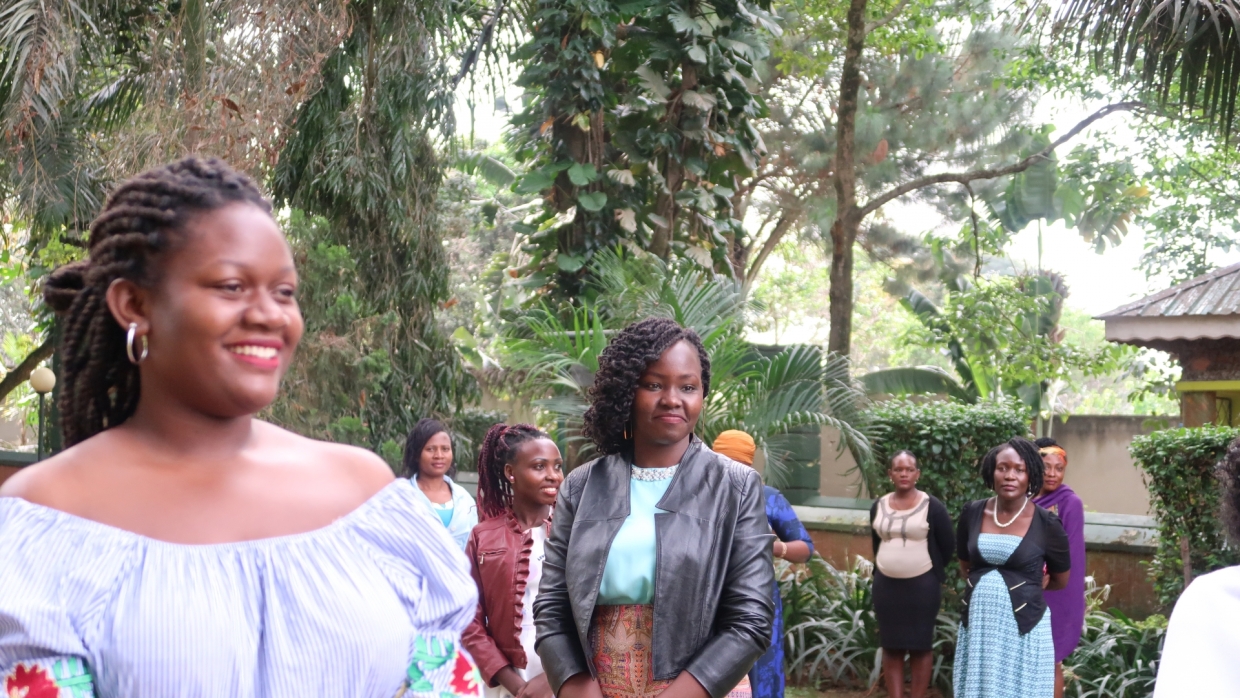 Young women in politics suffer double discrimination by age and gender despite women’s proven abilities as leaders and agents of change as well as their right to equal participation in political processes. While all young people are hindered from participating in active politics because of their lack of experience, young women are doubly hindered because of patriarchal perceptions and sexism. Such structural challenges coupled with limited access to finances, sexual harassment further keep young women from getting involved in democratic governance.

Among other avenues such as leadership trainings and mentorship programmes, for young women to effectively participate in leadership and decision making spaces, there must be a robust support system to uphold them on their political journeys. With the power of a Feminist movement behind them, young women in politics will be supported to take up space beyond dancing at political functions.

Akina Mama wa Afrika proposes a conversation on young women’s organizing in leadership reflecting on the strength of autonomous movements to bring out about lasting change. By strengthening the AMwAzon’s movement and building alliances with similar movements, oppressive norms and power structures will be challenged through collective voice thus contributing to increased representation of young women in leadership spaces.