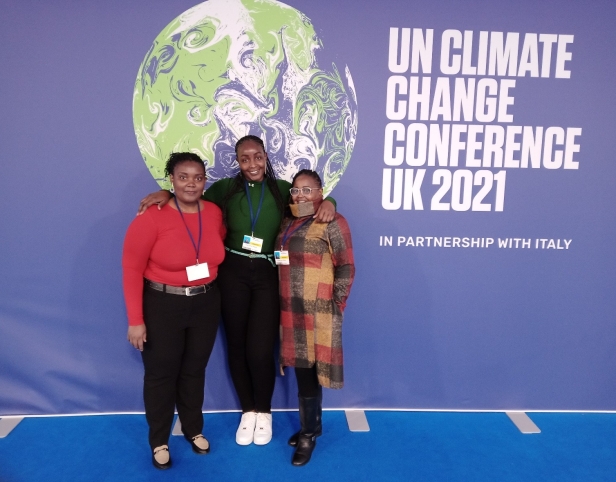 As global leaders convene in Glasgow, Scotland for the 26th Conference of Parties (COP 26) summit, we African feminists, gender justice advocates and civil society join the rest of world to demand for urgent action on the global climate crisis. Alarm bells have been sounded that we are at a tipping point of the climate crisis, and that without meaningful socio-political and economic commitments to transform at this summit, the clock is ticking for humanity and all life on this planet. While everyone will suffer as a result of climate change, the brunt of the impact of the climate crisis is and will continue to be gendered, racialized and classed. We therefore demand the centering of the voices of indigenous communities, women and other minoritized groups from the Global South in global decision making to guarantee that the solutions are just and inclusive. Further, as negotiations take place at COP, we must first start from a place of establishing truths—that this crisis was created by Global North countries that account for 92% of excess global emissions[1] and yet Africans, coastal and island communities with negligible contributions will pay the ultimate price. The 2021 report of the Intergovernmental Panel on Climate Change indicates that the rate of surface temperature increase has generally been more rapid in Africa than the global average, among many other changes being experienced, with human-induced climate change being the dominant driver. Global North countries must therefore bear the ultimate responsibility for this crisis that they helped create and that they continue to exacerbate by protecting the commercial practices and interests of multi-national corporations that keep spewing carbon emissions in the atmosphere with impunity. We reject performative solutions that are ostensibly dealing with the crisis by amplifying empty slogans about green growth and yet the ultimate goal is to further enrich private interests.

To ensure an ecofeminist future for the planet, we therefore;