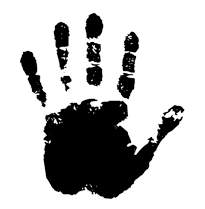 One of the pluses that comes with working with a Feminist organization is the opportunity to grow your knowledge and understanding of issues that concern you at a personal level. You will have the most soulful conversations on topics as simple as why women wearing high heels should be a thing or as complicated as how long it will take us to fully smash the glass ceiling with the burden of care work tagging at these heels. In one of these conversations with a colleague, the plight of women and girls in situations of war and conflict arose. While most of the conversations have left the part of my brain that stores feminist theory a tiny bit of angry, this one shook me to the core.

On an ordinary ‘peaceful’ sunny-sitting-by-the-beach-and-sipping-a-mean-cocktail day, any woman is already at risk of being the recipient of some kind of assault. Don’t believe me? Google the stats – and these are only for the women who report their cases to the authorities. The rest will choose not to report in order to avoid the stigma and shame that come with reporting your abuser. Imagine the agony of not being believed by the people closest to you! We live in constant fear because the system is skewed to the side of the person with more power and just to be clear, that is not the woman.

Let that sink in.

For women in war, this situation is as intensified as the 100% extra volume on the VLC media player. The difference is while with the player one does not know where the extra volume comes from, we know what causes rape but who is really working to end it and deal with the root cause of unequal power relations and not just delivering food by drone technology? I am not saying that food and other forms of humanitarian aid are not important. Rather, I am inviting you to think about what would happen if my sister in the Democratic Republic of Congo did not have to worry about being raped every time she went to the garden to grow her own food. What would happen if systems were actually put in place to set survivors on a path of healing even after ceasefires have been called?

What would happen if systems were actually put in place to set survivors on a path of healing even after ceasefires have been called?

You have probably noticed that the talk of violence and relief hushes once the headlines fade. Once the guns stop blazing, no one cares about the women who were raped. Anyway, how can we expect this when peace processes are left in the hands of military men and warlords whose expertise is war? It is no surprise that the post-conflict needs of women and girls are seldom taken into account. With things going this way, reparation for victims of sexual violence is not even an option in the first place. Worse, you will find that even after the war ends, or hits pause, women are still sexually abused.

Perhaps you need me to state the numbers to paint a clear picture. 45.6%. This is the number of African women who have experienced some form of violence in armed conflict according to a 2017 study by Oxfam on the human cost of uncontrolled arms in Africa. I will insist that these are just the reported ones. We have seen how hard it is to report on a normal day. Where do you report when entire roads have been cut off and you are under curfew? In Mali, only 17 cases were reported over a period of one year, and I refuse to believe that only 17 women were assaulted. Nonetheless, what happens to all these women after the war?

45.6%. This is the number of African women who have experienced some form of violence in armed conflict

You are right to ask about the law and why it does not protect women. Along with every other social services, there is obviously a breakdown in law enforcement. Women and girls have told horrendous stories of being raped by the soldiers sent to protect them. Even female UN Peacekeeping forces have suffered the same fate. Women’s organisations which often come to the rescue do not have the resources to handle enormous numbers of survivors. It is in such perplexity that when the media turns to the next big thing, women and girls in conflict countries continue enduring unresolved and untreated traumas in the form of unwanted pregnancies or even broken limbs!

But is this truly what half of the world’s population deserves?

With these few words, all I am saying is that hammering the final nail to end rape in war will require reconstruction efforts to take into consideration the multiple dimensions of the impact of sexual violence on women. Without this, post-conflict recovery efforts will be hampered.