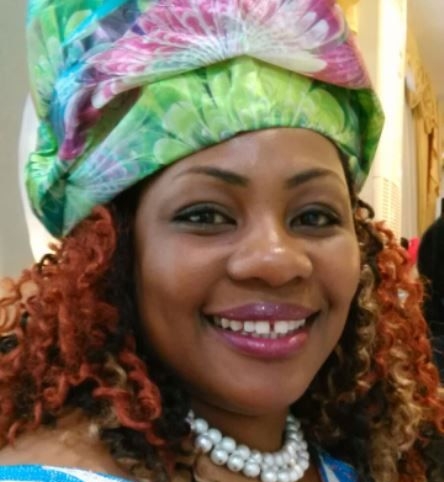 Ms.Valerie Tucker, an African Feminist, Sexual and Reproductive Health Rights Activist, former Country Director of IPAS, Sierra Leone and alumna of the African Women leadership Institute (AWLI). Valerie narrates how she, together with other women got the government of Sierra Leone to pass the Safe Abortion Bill through parliament aimed at decriminalizing abortion following the ratification of the Protocol to the African Charter on Human and People’s Rights on the Rights of Women in Africa (Maputo Protocol), challenges encountered, the AWLI influence on her work and best practices that we trust you too can borrow a leaf from.

It is difficult to speak about my contribution to influencing getting the Safe Abortion Bill through the parliament of Sierra Leone without reminiscing on my AWLI experience. Joining the AWLI in 1999 held under the theme Reproductive Health in Post Conflict Countries, was the best decision I have ever taken through my career path. Until l got involved in the AWLI I did not know how limited we were and because we do not know any better we have accepted the status quo of African Women and have not questioned in as much as we could. I evidently recall a session facilitated by Ms. Zeedah Meierhofer-Mangela on our reproductive health, the session pushed us to call things by their names and appreciate that women are not merely sexual objects for men’s pleasure. While I had always taken it for granted that I was comfortable talking about my sexuality given my background in health, there were many women in the room who were apprehensive to even utter a word about their sexual life. This demonstrated how women do not have a stake even in their own bodies.

“It was largely the young women who were pushing government to ratify the bill compared to the older women; however we had to get their buy in by ensuing that even as we were questioning we were bringing them along and not pushing them away. We had to work together to front our agenda and as such the power of sisterhood through this journey cannot be underestimated.”

I have always believed in women’s empowerment and women taking health matters into their own hands; getting the bill through was one step to domesticating the Maputo Protocol and realization of women’s reproductive health and rights in Sierra Leone. So while working as the Country Representative for Ipas in Sierra Leone I got deeply involved in advocating for women’s Sexual and Reproductive Health and Rights; We could not sit and wait for the script to be read to us; together with other women’s organizations and a few sisters we took it upon ourselves to lobby and push our Parliament to ratify the Maputo Protocol. It was not an easy task as several women leaders had tried unsuccessfully in the past but the pass. The Protocol had specific areas they were not comfortable with; especially the ones on abortion and female genital mutilation so we had to reach some sort of compromise in order to get it to the stage where it could be voted upon in Parliament.

Domesticating the Maputo Protocol with the Safe Abortion Bill was no piece of cake; we had to mobilize ourselves to lobby the government, this involved various strategies such as hosting retreats for parliamentarians to really appreciate the content of the bill and its aspirations, arranged for formal and informal meetings to lobby policy makers, within and out of the country whenever an opportunity prevailed. Wrote shadow reports and made presentations at the Pan African Parliament on reproductive health even though others thought that this was not important. At some point, we were even summoned to a pre-legislative session in parliament where I had to enlighten members on the bill. It was difficult particularly to get government to agree to some of articles in the bill especially as several parliamentarians insisted on the rights of husbands. It was an historical moment. A real push towards women’s reproductive rights liberation.

It was largely the young women who were pushing government to ratify the bill compared to the older women; however we had to get their buy in by ensuing that even as we were questioning we were bringing them along and not pushing them away. We had to work together to front our agenda and as such the power of sisterhood through this journey cannot be underestimated. During the AWLI we were taught about sisterhood & leading together, it gave me a deeper understanding of how sisterhood makes this happen, that we needed sisters who truly believe in the cause and want to see things happen, it’s not just about attending meetings and showing face but sisters who are ready to stand up and challenge the status quo even when things get tough. I recall my Sister Hawa who was by me the whole time during the ratification of the Maputo Protocol, we became couriers at some point delivering letters and thank you notes to Ministries, Leaders of Parliament and the Office of the First Lady for their unwavering support. Sister Hawa and I had to support each other!

Engaging in the advocacy for the domestication of the Maputo Protocol was like practicing what I had been taught, at the AWLI. As we interacted with different government leaders and policy makers I evidently saw the power dynamics and how they continuously played out particularly the hidden power which was quite difficult to deal with, that at some point I had to go back to my notes from the AWLI to really comprehend and confront it.

Reflecting on some of the lessons I realize that we have to establish networks and connect with the Movers and Shakers when it comes to policy influencing. You are likely not to even meet them in your home country but abroad and this is good time to create that rapport and front your issues, be sure to connect. You have to connect with everyone including the cleaners and secretaries they are key informers with whom we must build networks with when engaged in policy advocacy. The media can make or break your case when leading an advocacy effort. You have to build a firm relationship with the media. They have to understand it and believe in it to champion it. Remember to be courteous even the least expected things like a special greeting or thank you card is very powerful in terms of influencing our leaders to support your cause as you conduct your advocacy.

“You  have to carefully craft your agenda to fit into the government’s priorities in order to interest them and make it work for you. For instance if it’s an agenda for change or prosperity you have to push government to think of those issues that are critical to you and closely linked to their agenda.”

We have to be strategic, when you invite leading officials to a meeting, find a fancy term for the meeting so it’s not ordinary, you may even consider taking the meeting out of the country if resources allow to create another environment for them rethink a given position. Engage the leadership of the community “Mummy Queens” they are the real influencers and remember parliamentarians are always concerned about numbers if you are able to influence the Mummy Queens then this will have a trickle-down effect and the leaders will have no option but to support your cause. You also have to carefully craft your agenda to fit into the government’s priorities in order to interest them and make it work for you. For instance if it’s an agenda for change or prosperity you have to push government to think of those issues that are critical to you and closely linked to their agenda.

Ms. Valerie remains a motivational power house and African feminists found her true life’s path and has chosen to trek it with LOVE!