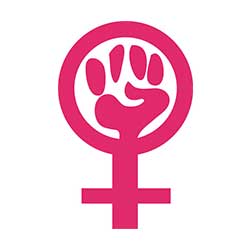 In “Destroying the Emptiness of Silence,” Irene Assiba D’Almeida, a Feminist author, affirms that silence represents the historical muting of women under the formidable institution known as patriarchy, the social organization in which men assume power and create for women an inferior status.  Drawing from the diverse theories and experiences of how women have been intimidated into silence, we ask ourselves, what is there to fear in our silence? How does it bode for the feminist movement, both as individuals and as a collective, to remain mute on issues that oppress us? What is it that cripples us and keeps us from speaking out? Conversely we ask ourselves, how do we silence these fears? How do we rid ourselves of this paralysis, this dread, and doubt?

The 8th convening of the Uganda Feminist Forum (UFF) will take place from 31st July to 2nd August 2019 under the theme “Silencing Our Fears and Fearing Our Silence”. Akina Mama wa Afrika on behalf of the UFF Working Group invites Ugandan feminists to reflect on what our silence as feminist activists represents particularly in Ugandan context. The aim is to generate dialogue and debate and collective strategizing on the movement’s future. It is also a deliberate effort to develop theory and to widen the repository of knowledge developed by African feminists.

The various themes to be discussed are:

Whether you are an academic or policy researcher, activist or student – we want to hear from you! We further invite feminist explorations that cite African women authors in the spirit of recognizing their contribution to the movement.

We are inviting critical analyses and referenced articles (2000-2500 words); case studies (of around 2000 words), opinion pieces (1500-2000 words); poems; vlogs; video stories; photo essays; cartoons; and more! Shortlisted submissions will receive a moderate honorarium and have an opportunity to present their work at the UFF in August. Interested aspirants are to submit their pieces to amwa@akinamamawaafrika.org by  Sunday 23rd June 2019.

Silencing our Fears and Fearing our Silence at the Uganda Feminist Forum 2019
Call for Papers for Leaders’ Journal: An Analysis of Women’s Rights in Uganda – Deadline Extended
Registration for #UFF2019 is open!