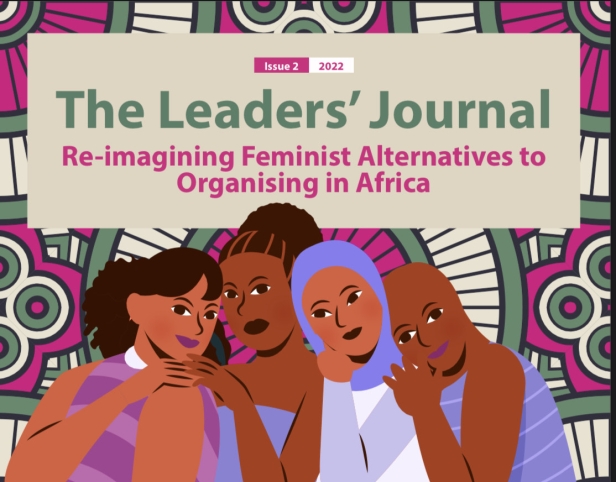 In the word of Yvonne Vera, ‘A woman writer must have an imagination that is plain stubborn, that can invent new gods and banish ineffectual ones’. Professor Sylvia Tamale, a Ugandan feminist scholar, and educator, spoke at the 2022 African Feminist Forum on decolonizing knowledge and implored feminists to engage vigorously with feminist writings and works and to write and document with equal verve so as to keep us flooding the past and our future with light. In support of this point, Dr. Awino Okech emphasised the importance of building and visibilising African feminist knowledge systems by citing African scholars.

Akina Mama wa Afrika with support from African Women’s Development Fund (AWDF) under the auspices of the African Feminist Thought Leadership (AFTL) Series sought to radicalize, disrupt and contribute to intellectual activism through The LEADERS’ Journal, a platform for feminists to provide thought leadership and to create home grown repositories of knowledge on gender issues using feminist tools of analysis.

The 2nd edition of the Journal presents a groundbreaking radical act of “Re-imagining Feminist Alternatives to Organising in Africa”. Reimagining feminist leadership requires a radical feminist consciousness, decolonial thought and the audacity to be visionary, despite marginalisation and violence. This is reflected in the content of the Journal that spans topics like “sex for grades”, Nation-building by women at the end of civil strife, the emancipation of women manifesting as power over, ‘the culture of terrorising outspoken women in South Sudan’, ‘what a feminist budget looks like, the link between feminism and SRHR for African women. The context of the Journal is that women and gender-expansive persons are constantly deprived of agency and silenced by different power structures. In ‘Christianity and the Patriarchy are Bedfellows’, it is made explicit how religion is one such power structure, not forgetting capitalism, which is tackled in the article about just tax systems. It is feminist leaders who will bring transformational change and dismantle capitalism, and by writing, the contributing authors show us how this ambition is to be pursued. The Journal is not a road map (although it offers practical and structural recommendations) but rather an expository of the crucial challenges and opportunities within the movement towards a just world where all humans are treated equally and with dignity.