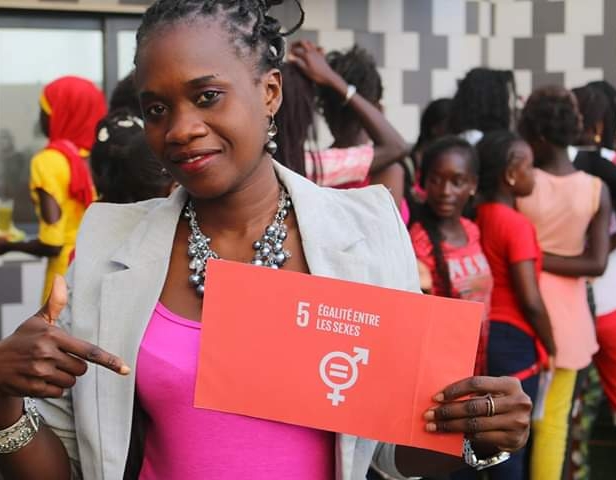 “In the shadow of this tragic global pandemic lurks another pandemic- Violence against Women and Girls. Less reported and hardly headlines news but claiming lives nonetheless.”

On January, 3 2020, BBC WORLD Media reported a “mysterious viral pneumonia” in China. It was an outbreak with 44 cases of people affected, 11 of which were “severe”. This virus turned out to be the novel Corona Virus. The first cases were reported in Wuhan, a city of 11 million people in Hubei province (China). It has since been declared a pandemic by the World Health Organization that has infected roughly 5.2 million people around the world and killed more than 335,000. It has also spread to at least 185 countries and regions around the world in nearly five months.

In the shadow of this tragic global pandemic lurks another pandemic- Violence against Women and Girls. Less reported and hardly headlines news but claiming lives nonetheless. The pandemic and subsequent measures by governments to contain the spread through the institution of lock-down measures exacerbated the threat of violence to women and girls. Anecdotal evidence has shown an unprecedented increase in the number of domestic violence cases globally. As cities around the world have closed down to slow the spread of COVID-19; the mass efforts to save lives has put an already marginalized group more at risk. The world is experiencing situations of instability, constituting de facto opportunities for aggression, violence, and discrimination against women.

Domestic violence (also named domestic abuse or family violence) is commonly defined as violence or other abuse in a domestic setting, such as in marriage or cohabitation. Domestic violence is often used as a synonym for Intimate Partner Violence, which is committed by a spouse or partner in an intimate relationship against the other spouse or partner, and can take place in heterosexual or same-sex relationships, or between former spouses or partners. In its broadest sense, domestic violence also involves violence against children, parents, or the elderly. It takes a number of forms, including physical, verbal, emotional, economic, religious, reproductive, and sexual abuse.

United Nations Secretary-General António Guterres, is calling for measures to address a “horrifying global surge in domestic violence” directed towards women and girls, linked to lockdowns imposed by governments responding to the COVID-19 pandemic. In a tweet by UNWOMEN, Antonio testifies “Peace is not just the absence of war. Many women under lockdown for #COVID19 face violence where they should be safest: in their own homes. Today I appeal for peace in homes around the world. I urge all governments to put women’s safety first as they respond to the pandemic.” Projections by the United Nations Population Fund (UNFPA) show that if violence increases by 20% during periods of lock-down, there would be an additional 15 million cases of intimate partner violence in 2020 for an average lock-down duration of 3 months, 31 million cases for an average lock-down of 6 months, 45 million for an average lock-down of 9 months, and 61 million if the average lock-down period were to be as long as one year.  UNWOMEN supported this in a recent article titled “COVID-19 and Ending Violence against Women and Girls” saying, “Globally , 243 million women and girls aged 15-49 have been subjected to sexual and/or physical violence perpetrated by an intimate partner in the previous 12 months.”

Reports by global media highlight the situation in the world, but Africa is not exempt. Liberia, Nigeria, Kenya, Côte d’Ivoire, Uganda, South Africa, Rwanda and Congo are among the countries that have reported surges in Violence against Women and Girls (VAWG) since the pandemic began.

This marginalization is steeped in patriarchal structures that have historically disadvantaged women socially, economically and politically. The lack of women’s economic independence, insufficient and inadequate institutions capable of maintaining the order, bad governance, and the political repression that characterizes many States in Africa are leading to the disenfranchisement of women and girls and enabling violence. Reports by global media highlight the situation in the world, but Africa is not exempt. Liberia, Nigeria, Kenya, Côte d’Ivoire, Uganda, South Africa, Rwanda and Congo are among the countries that have reported surges in Violence against Women and Girls (VAWG) since the pandemic began. Kenya and Nigeria are among the countries reporting a 30%–50% average increase in SGBV (Sexual and Gender Based Violence) since they were locked down. This is seen as evidence that gender violence is rising partly because of state inadequate responses to Covid-19. According to the World Health Organization (WHO), Gender-Based Violence affects millions of women in Africa. .

Security for women and girls must become a priority for politicians, activists, and others actors now, because there has been no effective sub-regional action plan put in place previously, to specifically address vulnerabilities of women and girls during a crisis like this. Public institutions are not equipped or prepared to address the rising cases of violence and access to the already limited services for addressing violence has not been considered essential.  « Africa’s responses to COVID-19 must be gender-responsive” declared African Union Special Envoy on Women Peace and Security, Ms. Bineta Diop. The onus is on the government to incorporate gender-based analysis and feminist perspectives in disease outbreak responses to protect women now and in the future. In this context, recommendations should be inclusive and build strong advocacy and awareness to impose policies and programmes that enable African countries to be more careful of the increased violence against women and girls during COVID-19. Civil society actors, media , journalists, technical and financial partners, public and/or private institutions, communities , families, women and men should be involved in this crisis in order to alarm the competent authorities at the national level to punish and sanction these daily offences perpetrated against women and girls.

Khady Ndour is a leadership specialist with extensive experience in Gender Based Violence and Women’s Economic Empowerment. She works with the West Africa Regional Leadership (YALI/DAKAR) Center and the German Historical Institute & the Social Policy Research Center (IHA-CREPOS). Khady is passionate about human rights, peace & security in Africa and business & entrepreneurship.

Struggling With Anxiety and Finding Purpose During COVID-19
In the shadow of the pandemic: The dark underbelly of private debt
COVID-19 Chronicles: Life in the clutches of a global pandemic