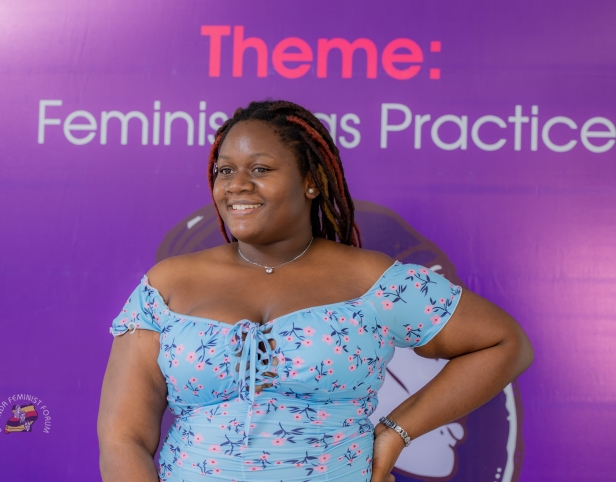 What is the nexus between tax justice and gender justice?

The tax system brings in income which allows for social expenditures towards programs in health, education and social welfare, on which women and other marginalized groups heavily rely. Therefore, although taxation represents a key means to increase gender equality in society on the other hand, the tax system hinges on concepts that are themselves gendered (e.g. ‘breadwinner,’ ‘household, etc). Furthermore, trends in tax reform indicate a big shift away from taxing income to taxing consumption through value-added taxes, and this is significant given there are gendered patterns to how we consume. That is, women take care of a larger proportion of household expenditure. Therefore, to the extent that VAT is applied to basic consumption goods such as food, women are disproportionately affected.

As a result, the agenda of tax justice is inseparable from that of gender justice as all of these issues interact with the principles of equity in taxation. For example, through tax havens, many large corporations are able to evade taxes which undermines governments’ social expenditure programmes on things such as health care and social services. And, as a result of a lack of resources, governments tend to reduce expenditure on social services, which increases the care burden on women who tend to fill this gap by providing more unpaid care work.

What is the linkage between economic (tax) justice and climate justice?

Thanks in part to widespread corporate tax cuts, industrial and resource tax giveaways, the increasing use of tax loopholes and tax havens – multinational corporations – often the very same culprits for pollution and exploitive resource extraction – are avoiding paying their share of taxes in the countries where they have economic activity, and are stashing away huge cash reserves. Solutions to both climate change and economic inequality are linked, and taxes are a key part of the solutions. Progressive carbon taxes are one way to reduce greenhouse gas emissions in the North, and raise the revenue needed to fund adaptation and mitigation in the South. Tax revenues should also be used to fund green energy development and infrastructure such as public transit. Taxes are also the key to reducing income inequality by redistributing wealth through investing in vital public services such as public healthcare and education.

The Taiwanese academic and author Chien-Yi Lu has well-articulated the reasons why the two struggles are inseparable. In her article for the Tax Justice Focus             Neoliberalism, which is an organised programme set to usurp democracy by replacing political decision-making with economic calculations, is the bedrock of the climate crisis. Neoliberalism was always a strategy that used deceit to undermine progressive Keynesian economic ideas, just as climate denialists have undermined climate science.  The trick has been to give people the appearance of empowerment through individual choice and freedom – but in the process atomising and dividing them and thus dismantling and discrediting the idea of society, government and the common good.  That common good includes the climate, of course. To tackle global heating, or economic inequality, using any approaches based on individual empowerment and freedom will fail.

How could governments incorporate the demands of the global movement to ‘Make Taxes Work for Women’ as part of the recovery measures to overcome the COVID-19-triggered crises?

There are still large amounts of gender inequalities in the income tax system, and these formal inequalities must simply be removed. It is very important to be aware of the gendered impacts of this increasing reliance on indirect taxes and policy-makers need to ensure that tax outcomes are more gender equitable. Trends in tax reform show that many African countries are likely to increase their reliance on the Value Added Tax (VAT), since the formal sector is small in most countries (and therefore direct taxes have a limited reach), and reliance on trade taxes will decline due to pressures from trade liberalization to remove such tax instruments. Without careful consideration of the design of these tax instruments, they continue to hurt poor and female households disproportionately.

Governments need to focus on prioritization of women’s rights and gender justice through increase in resource allocation in budgets that will finance women’s rights. This can be done by an increase in domestic resource mobilization by instituting fair and gender just taxation regimes and stemming the loss of resources through curbing illicit financial flows and exploitation by multinational corporations. This should be accompanied by reduction in reckless unaccountable borrowing to reduce the debt burden.

What should change to address gender in/equality in its various intersecting dimensions?

The inclusion of the gender dimension as an analytical framework is key to finding effective solutions to systemic problems. So far,  this has been clearly absent in the current approaches determining who is impacted, and the extent to which they are impacted. Given that we do not live single issue lives, we ought to use an intersectional frame of analysis to understand how particular identities experience inequality differently so that we are able to adopt relevant intersectional solutions.

The current economic, climate and health crises are an opportunity for deep-seated change. We cannot return to the status quo and therefore the time to push new ideas is now. Now, would be a good time to fundamentally shift the narrative in mainstream thinking on advancing women’s and girls’ rights; to drill down to the economic roots of human rights failures. Year-on-year hardwired economic policies harm women and girls in their failure to address inequalities. The scale of the challenges requires, and must be underpinned by, sustainable solutions – not pledges, philanthropy and donations.

It is important for us to understand the connection of gender justice issues to macro-economic and political discourse because the work of gender equality is tied to challenging power structures which are anchored to who owns and controls resources. The absence of an intersectional lens means that the multitude of women’s rights are advocated for in isolation, and many times are blind to the urgency of attaining economic justice to achieve the wide spectrum of women’s rights.

So the resolutions for these systemic issues require the variety of agents and actors from different sectors to streamline efforts towards the achievement of gender equality. We ought to unite climate justice with economic justice, tax justice, racial justice and gender justice.