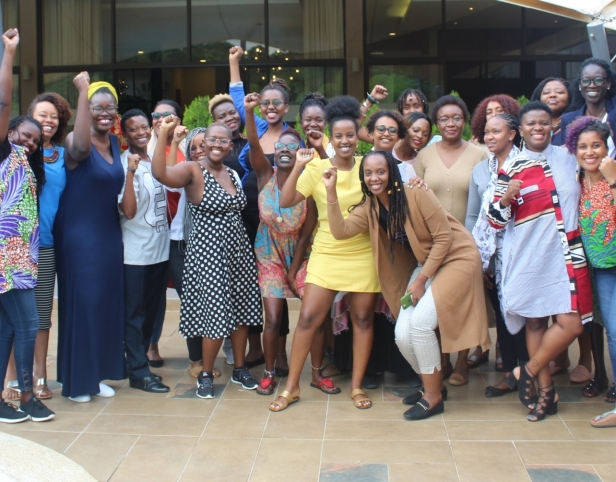 The Feminist movement in Africa has grown by leaps and bounds. Whether it is on an individual or collective level, the movement has gained a lot of traction. From women boldly naming themselves as Feminists to marching against femicide under #TotalShutDown and #WomensMarch to women leading revolutions to topple dictatorships to demanding for equal representation in political spaces, there is a wave of Feminist organizing for the liberation of African women. Because of it, Akina Mama wa Afrika with support from Oxfam Horn, East and Central Africa and Hivos East Africa gathered 30 Feminists at Tamarind Tree Hotel -Nairobi for the first African Feminist Thought Leadership retreat on 23rd and 24th January 2020. In opening, Leah Eryenyu, our Research, Advocacy and Movement Building Manager stated that it was a great time to question how much more radical the Feminist movement could become and how Feminists can learn from people who are doing political work. 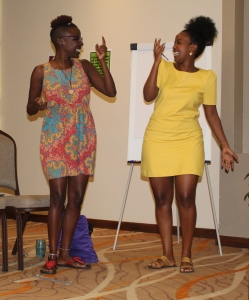 Day one opened with a keynote address delivered by Giramata, a Rwandan feminist, Ph.D. Candidate in Gender and Women Studies at the University of Arizona and founder of the Sister Circle Collective in Rwanda on Taking Twitter Feminism to the Street: Collective Resistance of Ugandan, Kenyan and South African Women. She addressed the different ways African Feminists are referenced in terms of producing knowledge. Giramata also presented about the work that Twitter Feminists did in organizing #TotalShutDown and the #WomensMarch and the backlash received for not doing “real work”. She stated that the erasure of work done by African women is a colonial project rooted in the prejudice that African women are intellectually inferior and can only be subjects of studies not producers of knowledge.

We are asserting ourselves in a space that has worked so hard to erase us. The existence of these hashtags shows that we exist. We are always fighting to prove that we know our experiences better – Giramata

The sisters then delved into a reflection of the Charter of Feminist Principles for African Feminists in a session led by Ugandan Feminist lawyer and activist, Godiva Akullo, who challenged Feminists to focus on acquiring the knowledge required to understand and dismantle patriarchy as well as other systems of oppression by reading. Godiva also led a conversation on accountability within the Feminist movement requesting the room to interrogate the question of how accountability for Feminists can be divorced from misogyny and the need to punish women. It was shared that many times accountability looks like chastising or clobbering Feminists which has its roots in the patriarchal notions of “keeping women inline”. Joia Sabimana, a Feminist from Burundi spoke to the need of creating nurturing environments highlighting that as Feminists born and raised in patriarchal families and societies, there is no denying that we do not have great examples of what accountability that is rooted in love looks like. 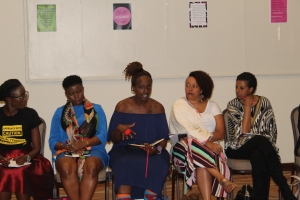 As Feminists born and raised in patriarchal families and societies, there is no denying that we do not have great examples of what accountability that is rooted in love looks like.

The day was closed by an up close and personal panel discussion on, “Lessons from Feminist Organizing” in East Africa composed of Vivian Ouya, the co-founder of Feminists in Kenya, Celeste Impundu (Sistah Circle, Rwanda), Bonitah Kobusingye (Choose Yourself, Rwanda, Uganda, Kenya) and Sewit Haile Selassie from Ethiopia who shared their experiences of Feminist organizing, wins, struggles and lessons.

The second day started with a powerful paper presentation on “Identity, Erasure and African Feminism,” by Noah Mirembe which discussed how African Feminism is heavily centered on cisgender women. In the paper, Mirembe writes about the privilege of anatomy aligning with identity and goes on to critic the African Feminist movement’s continued erasure of non-binary and transgender people. It further challenges the idea that trans-identity is not new in Africa. Noah reiterated that on the African continent where women are still subjugated without any power to self-identify, queer people are not even considered African.

The presentation was followed by a discussion on “African Women in Defense of Ourselves: Decentering Western Feminism”. The conversation was facilitated by Ugandan Feminist, activist, and editor at African Feminism, Rosebell Kagumire and AMwA’s Board Vicechaiperson Claire Mathonsi. They opened the session by asking the participants to center their Feminist journeys by seeing themselves in what they read. Mathonsi then asked the participants to choose one person to partner with and have a one on one conversation about the retreat, what has really surprised them, what they have found challenging listening to as well as lessons learned. Rosebell shared her Feminist journey highlighting that growing up, she saw the effects of patriarchy like the preference of boy children over girls in her family but did not have the words to express the injustice. This bred her interest in the creation and production of knowledge. She challenged Feminists to cite and quote the work of African feminists.

It is important to see each other. There is so much that is not in a book. It is in a conversation, it is in support, it is in listening – Claire Mathonsi

The retreat was brought to a close with Feminists setting the Feminist agenda. Participants were tasked with identifying issues critical for the Feminist movement to focus on going forward and provide solutions. Some of the issues included; participation in conversations on macroeconomics, Feminist representation in political spaces, decolonizing funding for Feminist work, simplifying Feminist language, and conscious/deliberate inclusion of all women in their diversities in Feminist organizing. By the end of the two days, it was clear that although the African Feminist movement is probably loved and loathed in equal measure on a  continent that has experienced both it’s wrath and benefits, the work of African Feminists and Feminist organizing is not done. Not by a long shot. 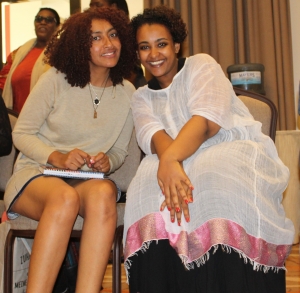 Re-orienting and strengthening the journey of feminist and transformational leadership at the African Women’s Leadership Institute
Call for Applications: Sub-Regional Feminist and Transformational Leadership Development Programme for African Women
What Is The Point Of The Revolution If We Cannot Dance? – Interrogating the State and Celebrating the Gains of Feminist Organising In Uganda