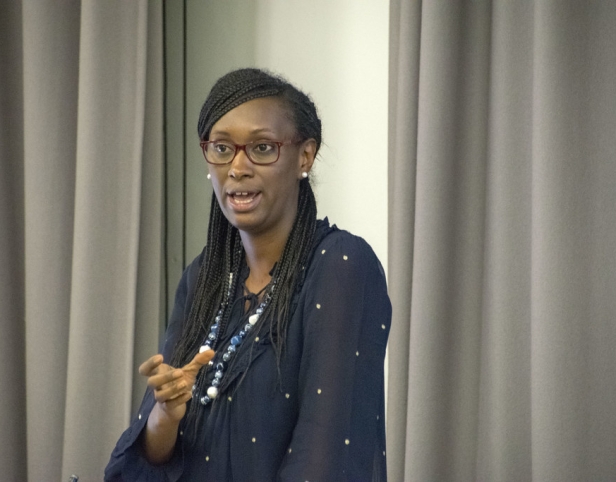 Rainatou is  a resilient advocate for a peaceful and equitable world. Since the age of 12, she have been working and advocating to promote African women and girls rights. Rai is the Founder & Executive Director of Make Every Woman Count (MEWC) which is  a young African woman led organisation based in UK.

Rainatou holds an MA in International Relations as well as a MA in Law. She has worked with several organisation such as the International Organisation for Migration (IOM), World Health Organisation (WHO), UNICEF, and grassroots organizations in areas of peace, development and human rights focusing on women and youth. She has also worked at the Women’s International League for Peace & Freedom ( WILPF ) PeaceWomen Project on UNSCR 1325/1820 on Women Peace & Security in New York at the UN headquarters. She is an advocate of human rights, women’s issues and social justice.

She envisions a bright future of young African women who are more and more showing themselves to be leaders in their own equal rights movements and through MEWC she hopes to help them add strength in their voices while raising awareness of their issues and their work on the international stage. She would like to be a role model for young African women, to inspire, to motivate them to stand out, to make a difference in whatever they choose to do, so that young African women and African youth in general, will be the great leaders of tomorrow.

Rainatou believes that Africa’s challenges will not be effectively addressed unless the exclusion faced by women and girls is tackled across the board so that they can fully participate in the economic, political & social development of the continent.  She was awarded as the “Most Inspirational Woman of the Year 2012” by Women4Africa