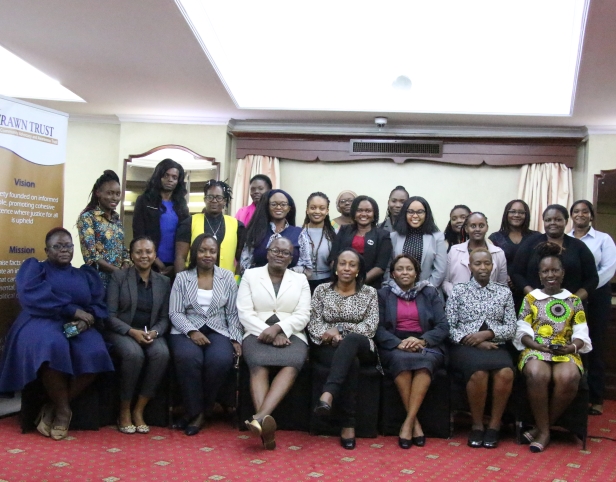 As the Republic of Kenya gets ready for the 3rd election under the 2010 Constitution, the 6th multiparty election since 1992, the 11th election since the first one-party election since independence in 1969, and the 13th election since independence with the first elections held in 1961, feminists and women’s rights activists in Kenya are leveraging on this to advance their cause. In order to amplify their voices and the voices of those they represent as civic leaders, with the ultimate objective of ensuring that women’s economic issues are centered in the discourse and manifestos of political parties, political leaders, and the Government of Kenya in 2022-2027, Akina Mama wa Afrika together with CRAWN Trust, Mzalendo Trust, Badili Africa, Transparency International, National Trust Association, Collaborative Gender for Development, FEMNET, TISA, Young Professional for Development, University of Nairobi WEE Hub, Representatives from Political parties, African Youth Trust, among others, took the bold step and embarked on a deeply political process of developing and documenting the economic justice and empowerment demands of women in Kenya.

The demands that have been dubbed the “Women’s Economic Recovery Manifesto for Women in Kenya, 2022-2027”, were developed following deep reflections and a critical analysis of the economic situation of women in Kenya, and how they are continuously disproportionately affected and yet not prioritized during the economic response strategies. A deep reflection of the slow progress made towards consolidating and realizing women’s economic rights as enshrined in the Constitution of Kenya, 2010 also happened, placing emphasis on a wide range of women’s peculiar concerns, challenges, barriers to their economic emancipation as well as the untapped opportunities, while flagging out the lived realities of women, particularly those in the informal sector, who continue to be minoritized and excluded. 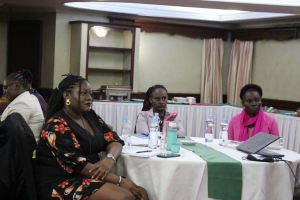 The intention of a Women’s Economic Recovery Manifesto of Women in Kenya for 2022-2027 is to lay bare the gendered and classed ways in which women in Kenya navigate the economy amidst multiple forms of disadvantages caused by structural, political, and representational intersectionality. The Manifesto thus collates the women’s priority demands for action by different civil and political actors.

“The demands aim at ensuring that political parties are accountable to women voters as they comprise the majority of all voters; and that women are not simply viewed as “tools” for propelling men into leadership positions. This Women’s Manifesto is a political document and a public declaration of women’s demands that must be met for Kenya to fully realize its vision for gender equity and justice, and women’s effective participation in governance and development. In a nutshell, the Manifesto holds political leaders accountable for how they treat women’s concerns. It is time to make women’s socio-economic demands clear and actionable.”

As the Kenya elections draw near, politics cannot be as usual any more because ”the personal is political”. For a long time, many issues that women in Kenya experience have been viewed as private issues, and yet, women’s personal issues (e.g. such as their reproductive health, lack of and or limited access to and control of resources, lower pay for similar work done by men and unfair working conditions, unpaid care and domestic work that society has assigned to them, among others) are all political issues that need a political intervention to generate transformative change. As we recognize the central role of power in creating oppression, AMwA, its partners, and the larger women’s rights movement in Kenya also demand a shift in power to women as elected leaders, government technocrats as well as key actors in policy and decision-making spaces. 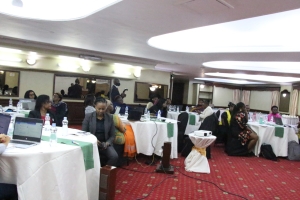 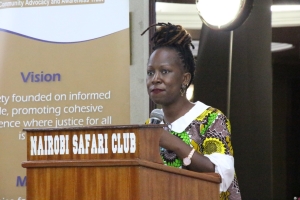