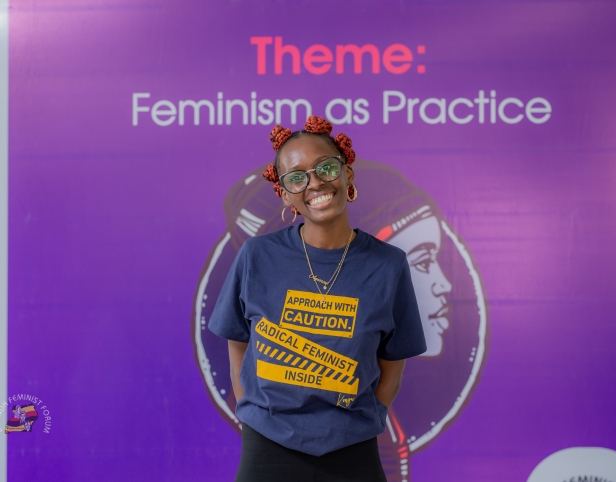 How did the response to the COVID-19 pandemic impact women in Africa?

Majority of the responses adopted by African governments were economic stimulus measures aimed at revamping the economy and less on social welfare and protection. For example, in Uganda, the budget allocation to the Ministry of Health was only marginally increased, despite the fact that the Covid-19 pandemic posed new health challenges, with domestic and external debt servicing taking the largest share of resources from Uganda’s budget. Consequently, the persistence of an underfunded and under-resourced health sector increased the reliance on women’s unpaid care work during the pandemic which also increased their potential for exposure to COVID-19.

Even with the focus on reigniting economic activities in Africa and increasing household incomes, it was unlikely that this would benefit women because of their overrepresentation in the informal economy.

In order for any business proprietor to access credit through the economic stimulus package, they had to have collateral and documents indicating viability and feasibility of the business.  Such requirements could not have been met by the majority of African women in business given the inequalities in access to property and land. In a country like Uganda, only about 16% of women own land in their own right. Therefore, the majority of micro and small businesses did not stand to benefit from the economic recovery stimulus package, especially African women  who are less likely to have access to financial resources and are the majority poor globally.

It is, therefore, important for African governments to invest in disaggregated data to ensure an effective analysis of the gendered impact of the pandemic and the responses adopted to mitigate its effects. The fact that women were less likely to gain or retain employment because of the social expectation that they would care for sick relatives and look after children due to school closure had the effect of reducing women’s gainful participation in the economy and should have been taken into account in economic policy formulation.

Additionally, the diversion of resources to curb the spread of the pandemic meant that other programmes would be neglected which interrupted service delivery in areas such as sexual and reproductive health and rights (SRHR) delivery and gender based violence (GBV) prevention.

In South Africa, there was a 69% surge in the number of calls made by survivors to domestic violence hotlines during the lockdown in 2020. This and other countless examples indicate the importance and urgency in recognizing the interdependence of rights and the link between economic rights and sexual and reproductive health rights. Women are repeatedly placed in a position of vulnerability in times of crisis and tend to bear the brunt of economic uncertainty and social isolation (as was also seen with the outbreak of Ebola), and should therefore be involved in the designing and implementation of gender-sensitive solutions and responses.

What financing priorities should African governments focus on to ensure strategic response to the needs of women during post COVID-19 economic recovery?

African governments need to continuously invest in research and disaggregated data analyzing the gendered effects of the COVID-19 pandemic in order to design long-term sustainable solutions that take into account traditional gender roles and women’s position in the economy which further subordinates them. Recognizing that gender is a key factor in the outcomes and experiences of people would inform better decision making and secure more gender responsive and proactive responses in the future. There should be deliberate focus on Gender Based Violence (GBV) prevention and SRHR services. There is abundant evidence from different countries that sexual and domestic violence reports surged in the first months of the outbreak of the pandemic when nations instituted stay-at-home orders. For example, a total of 354,738 teenage pregnancies were registered in 2020 and 196,499 in the first six months of 2021 in Uganda. This was attributed to poverty and economic uncertainty whereby young girls were being pawned off by their parents/guardians in exchange for money or married off, and the interruption of access to sexual and reproductive health services during the pandemic. Funding to GBV services and women’s shelters was also cut down to address the spread of COVID-19.

Economic stimulus packages should respond to the needs of the women who were left even poorer and more vulnerable by the pandemic and not just huge corporations. As a result of the requirements for businesses to qualify for support, the benefits of the economic stimulus packages did not trickle down to the poor as promised. The informal sector should have been prioritized and other sectors of the economy which predominantly employ women.

Governments should also prioritize public service delivery, especially healthcare because women tend to depend more on such services as a result of lack of resources and employment disparities between men and women. Additionally, more women tend to be employed in the health sector than men which means that cuts to funding would impact women differently even in terms of their earning potential, further widening the gender wage gap. Globally, women make up approximately 70% of the health and social sector. Health workers should be paid a living wage because they are at the frontlines in times of crisis and deserve to work safely and in dignity and to be remunerated for their services.

COVID-19 Chronicles: Life in the clutches of a global pandemic
The Informal Economy in the grip of the pandemic: Sharing experiences and strategies for a resilient recovery
Increased Financing Must Be Prioritized For The Health Of The Planet And African People