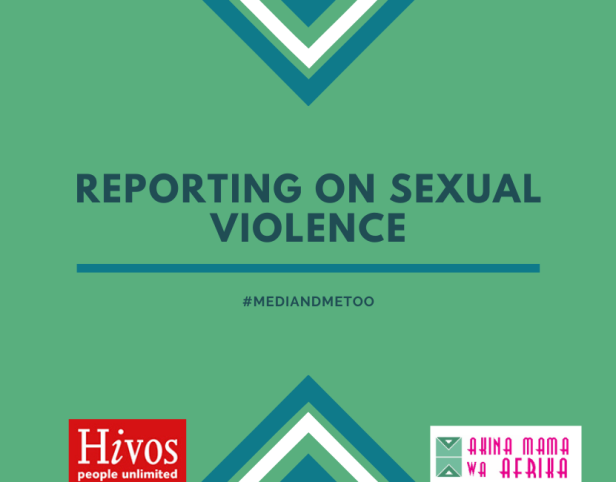 Akina Mama wa Afrika in partnership with Hivos hosted the #MediaandMeToo webinar from 11:00 AM-1:00 PM EAT on 28 March, 2020. The dialogue was held to assess the prevalence of Sexual Harassment in the media sector and to interrogate media’s documentation and reporting of cases of sexual harassment. The dialogue was also an opportunity to compel journalists, activists and users of online media to rethink and re-imagine the role of media in ensuring that victims of sexual violence receive justice and are not re-traumatized in the process.

After a captivating conversation, which you can watch here and/or read about here, the panelists proposed a list of good practices to take into account when interviewing survivors and while writing stories on sexual violence. They include:

“As a feminist journalist, you need to go into that interview believing the survivor.” Alice McCool

“Is your story inter-sectional? Have you considered the voices of sex workers, women with disabilities, LBTQ women, illiterate women and if you have, how have you represented them? Are we bringing our own biases to this reporting and how are we making sure that the reporting is fair?” Alice McCool

Our vision is for media’s representation of cases of Violence against Women and Girls to change for the better. The reporting of an issue as sensitive as sexual violence should be guided by the feminist aspects of recognizing power dynamics, equity and justice, taking into account the critical role that the media plays in transforming societal norms.