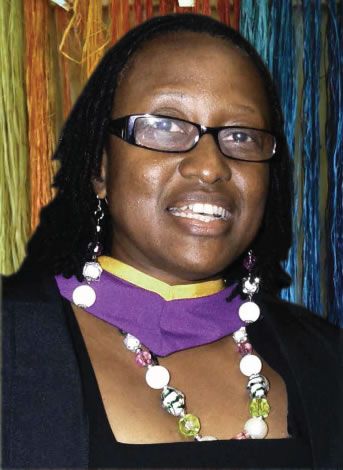 I was the National Mental Health Coordinator, Ministry of Health in Uganda during AWLI. I was also working at ACFODE, Association of Uganda Women Medical Doctors, and Hope After Rape. At that time, I had an (MB CH B) with a Masters in (MMed Psychiatry). Since AWLI I have changed professionally and personally. I am currently working for the World Bank, Washington DC as well as Makerere University School of Public Health and I live in Uganda. In addition, I am a Welcome Trust Research Fellow, Makerere University School of Public Health/London School of Economics and Political Science, a member of the World Psychiatric Association,World Federation for Mental Health, Children and War Foundation and Board Chairperson, Trans-cultural Psychosocial Organisation. I have added an MSc HPPF to my professional qualifications. I was at the AWLI in January 1988 with the objectives of personal empowerment, to understand gender issues much better and to see how to integrate gender into health.

AWLI was able to empower me in a number of ways; I learnt to accept personal decisions that are not necessarily in conformity with societal norms. An example of which is the difficulty I faced coming to terms with a marriage breakdown due to domestic violence. After the AWLI I was able to deal with it and accept that it was not my fault but a necessary step for my mental wellbeing and the psychological protection of my children.

Soon after the AWLI, I was able to lobby and include mental health as a priority in Uganda’s First Health Policy, one huge achievement, not many countries have been able to do.

This mobilised resources for mental health and as a result I was invited to an interview for a position at the World Bank. Because of the high confidence level I got from AWLI I was able to leave Uganda to oversee all mental health activities at the World Bank as one of the first mental health specialists at the World Bank. This was a huge leap from my previous position as National Mental Health Coordinator, which I attribute to AWLI. As a volunteer in the NGOs I was associated with during AWLI, I was invited to serve in many organisational capacities; as a member of the Finance Committee of ACFODE and the Treasurer ACFODE, a member of the policy committee of the World Psychiatric Association, and I am now a member of the Finance Committee. I have been made an Honorary Member of the World Psychiatric Association and a Board Chairperson of Trans-cultural Psychosocial Organisation.

I have advocated for human rights with the Coalition on Violence against Women and another on Child Rights, which contributed resisting lowering of the age of consent to sexual acts in Uganda and lobbied for a strong Domestic Relations Bill to protect the rights of women. I also established various NGOs for consumers of mental health services, and worked together with the stakeholders every World Mental Health day to actively lobby for increased recognition of mental health in the policies and in programming.

I recommend a web based network where alumnae can share and country based annual meetings to share experiences and have fun. In addition I propose annual
regional meetings at the expense of the alumnae that are mainly facilitated by them for purposes of refreshing what they learnt. I am willing to facilitate on Women and Health, Sexual and Reproductive Health and Rights I am in a male-dominated field and it is a challenge implementing what I learned as
gender is often written in various documents but is rarely operationalized; gender is not mainstreamed. At the World Bank, staff especially female staffs do not speak out on issues of marginalisation of women for fear of ‘rocking the boat’ ¬- their very well remunerated comfort zones.