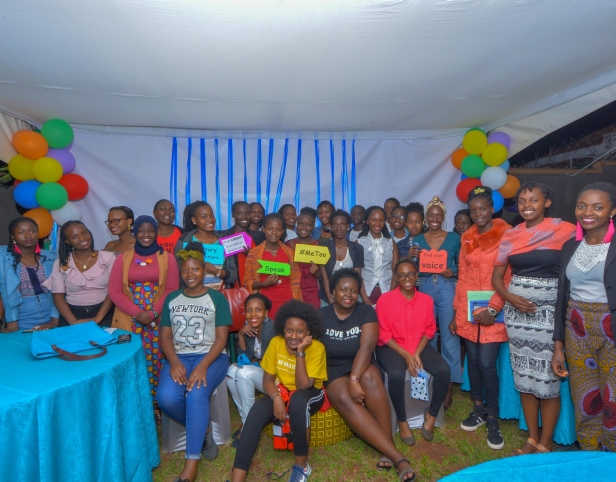 Have you ever desisted from raising your hand to suggest an answer in a classroom because the lecturer is a well-known predator and you do not want to call attention to yourself? Have you ever been asked to meet your lecturer at 7pm or 11pm? Have you ever missed class the entire semester because you have already been warned by older students about that well-known abuser? The odds are high that any woman reading this has faced this or worse during their time at the university. It is a reality that we have adjusted to in a bid to keep our heads down and hopefully go unnoticed by men twice our age who have the power to fail us if we do not sleep with them.

The odds are high that any woman reading this has faced this or worse during their time at the university.

When the phrase “sexual harassment” is mentioned, most people think first of uncomfortable workplaces and creepy bosses. What is often ignored is sexual harassment in universities yet it is the type that happens with the most impunity. This is why Akina Mama wa Afrika in partnership with Femme Forte Uganda supported by Urgent Action Fund Africa hosted an equip circle on the 30th of August, 2019 to have an open, honest conversation about sexual harassment at campus in a safe space. The conversation saw flocks of young women some currently enrolled at Makerere University Kampala, Makerere University Business School (MUBS), Uganda Christian University and Islamic University in Uganda while others, recently graduated but working in hostile environments who wanted to speak out against sexual violence and put an end to the vice. The equip circle was hosted in response to the rampant cases of abuse at universities in Uganda, most recently the case of young women residents at Olympia Hostel in Makerere, Kikoni who were harassed by the hostel custodian.

Guided by AMwA’s Research, Advocacy and Movement Building Manager, Leah Eryenyu, the young women defined sexual harassment as any sexual situation characterized by the lack of permission or consent. Formally, sexual harassment was defined as any unwelcome sexual advance, request for sexual favors or other verbal or written communication or physical conduct of a sexual nature. It was said to happen in the classroom, in offices around campus, in hostel rooms, on the street to mention but a few. Although the cases of sexual harassment that are most reported or most talked about are between persons of authority and their subordinates for example between lecturers and students, there are also cases between peers such as unwelcome sexual advances from classmates.

Sexual harassment is any sexual situation characterized by the lack of permission or consent.

Participants discussed the subtlety that surrounds sexual harassment sharing experiences of times they questioned themselves and ended up believing that the act did not happen in the first place. From the lengthy leering stares or lingering handshakes or offhand remarks that just did not sit right to the letters, phone calls, text messages, fondling or sexual assault.

Concerning young women’s protection at institutions of higher learning, the Employment Sexual Harassment Regulations 2012 define sexual harassment as a direct or implicit request for sexual intercourse, contact or any other form of sexual activity that contains an implied or express promise of preferential treatment (“I’ll give you marks if…) or detrimental treatment (I’ll fail you if you don’t…) in employment which applies only to the workplace leaving university students unprotected because they fall in the middle ground between children and adults. The inadequacy of the law as far as punishment of perpetrators is concerned was interrogated showing how offenders get away with abuse in a fine of six currency points (UGX120,000) or imprisonment not exceeding three months which is hardly punitive.

Some of the myths around sexual harassment were explored including but not limited to:

Sexual harassment is not about sex. It is about power and dominance.

After the lively conversation, the young women participated in a meditative exercise where they looked back to their childhood, adolescent and adult lives and uncovered memories both happy and sad that have shaped them. This exercise fed into a written session, where they were asked to write or draw their personal experiences on sexual harassment which they were free to share or keep to ourselves. The young women then sat around a mat and with cups of hot tea and shared our experiences indulging in the Feminist principle of sisterhood.

The young women left strengthened to speak out on sexual harassment in their communities and committing to put an end to the horrendous vice their mothers before them had also experienced using the same coping methods of looking out for one another. The sisters committed to holding their universities accountable as the institutions on whom the burden to protect women in their spaces falls. Given that Makerere University is the only university with a sexual harassment policy for which implementation is still lacking, there is a long way to go to achieve justice for all the survivors who came forward as part of #CampusMeToo. The equip circle was simply the beginning!

It is not consent if my yes is under duress! – Tracy Ivy Nakayenga

AMwAzons Meet Select Committee On Inquiry into Allegations of Sexual Violence in Institutions of Learning in Uganda, Submit Recommendations For Institutions of Higher Learning
Silencing our Fears and Fearing our Silence at the Uganda Feminist Forum 2019
16 Days of Activism. The Tide is Turning: Take a Stand Against Rape and Sexual Assault