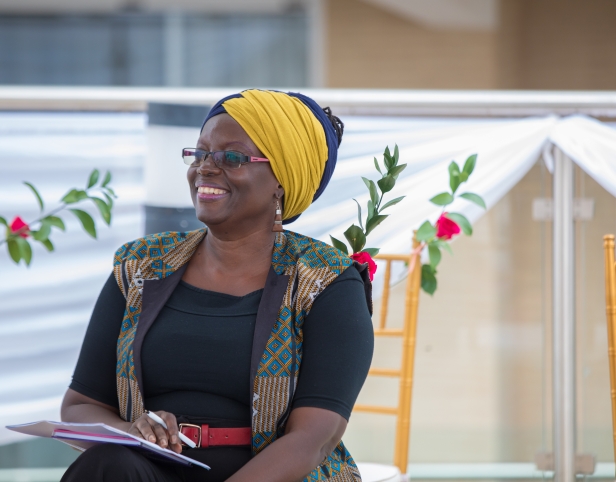 Guided by Prof. Sylvia Tamale’s new book, ‘Decolonization and Afrofeminism’, the conversation focused on understanding and centering the struggle for decolonization as an urgent and central necessity for Afro-feminist liberation.

The Conversation which was moderated by Jackie Asiimwe, a feminist, lawyer, philanthropy advisor, and CEO of CivSource Africa; not only served as a space for learning and dialogue but also a space for Feminists in Uganda to reconnect, celebrate, comfort & challenge one another, after a difficult year. 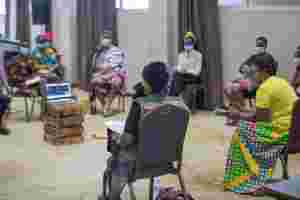 It centered on how to apply decoloniality and afro-feminism as a framework to advance women’s rights in Africa. Critical strategies were discussed and recommended including the need to hold regular learning spaces to raise consciousness on the decolonization project and create an enabling environment for African authors to rewrite the evolution of Pan-Africanism’ to include herstories recognizing women as the vanguard of the Pan-African movement.

Prof. Tamale while sharing from her book stressed the need for African feminists to re-imagine other truths by excavating their internalized colonized ways of being, thinking, and knowing. She noted that religion, media, and the law have given us normalized lenses of viewing the world and this can become very disorienting, even confusing to imagine any other truth.

“We have been seeing the world through certain lenses. To begin to reimagine, to get new lenses is asking us to step out of our comfort zone. The Eurocentric world view is very pervasive that people think is the only view. It blocks our imagination,” she said.

She also called upon African feminists to borrow from their African traditions and the philosophy of Ubuntu to try out different ways of thinking and activism in the fight for equality.

“Does it make sense for a capitalist patriarchal state like Uganda whose very existence, whose oxygen is derived from the backs of women, women’s work that is not remunerated; does it make sense that we run to them for help? What ‘coloniality’ does is that it stops us from trying out different ways of thinking. Are there ways, processes in our own traditions which we can borrow from, like Ubuntu?” she said.

Prof. Tamale also implored African feminists to desist from essentializing women and called on them to abandon colonial definitions and coin terms that will make sense to African feminists. “Feminism is an all-encompassing term which considers that women are considered inferior to men and that this inequality leads to exploitation and we must do something about it. Digging deeper, you realize that not all women in every location are the same so we cannot essentialize women. In our workshops, we need to unpack these terms that feminists throw around in a language that is not ours. We need to coin our terms which will make sense to us,” she said.

To begin the process of systemically challenging and undoing injustices against women in Africa, it is imperative that African feminists immerse themselves in understanding the root causes of these systems and thus the importance of decolonization.

For feminists working on the continent, the process of decolonization must be central to the work as it forms the basis for understanding the root causes of global systems that breed inequality, in which African people are situated at the bottom of the barrel.

In case you missed out on the live broadcast, you can watch the recording here. 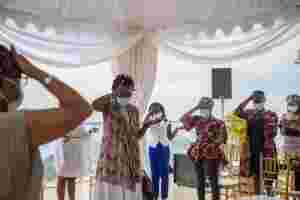