On October 9, 2020, Uganda celebrated 58 years of Independence from her colonial masters, the British. The celebration was held under the theme, “Celebrating Uganda’s steady progress towards economic take-off and self-sustaining economic growth”. Uganda since her independence in 1962, has made great strides in achieving development but has also stumbled and failed in the same.

The president, H. E Yoweri Kaguta Museveni, in his media brief during the celebration noted that for Uganda to achieve her destiny, there’s a need for a deliberate shift in the lives of Ugandans in the areas of securing education for young people, skills acquisition, change in attitudes and holding firm to the values that define us as Ugandans.

Unlike other Independence Day celebrations Uganda has had, this was a  moment of self-realization and reflection for me. Inspired by the webinar, ‘reflecting on the 25 years of the Beijing Platform for Action’, which interrogated the progress made by African states in achieving promises made in the Beijing Platform for Action, I sought to understand Uganda’s journey since independence, reflecting on the achievements made so far, the setbacks, what could be done better and how.

The webinar helped me learn, unlearn, and be grounded in the knowledge I thought I had, only to realize otherwise.  The views from the feminists and women’s rights activists during the webinar helped me appreciate the struggles and actions of the women who went before us to pave the way and fight for the many freedoms we are enjoying and fighting to build on.

The Beijing Platform for Action imagines a world where each woman and girl has the liberty to exercise her freedoms and choices and enjoy all her rights such as living free from violence, entitlement to equal pay at work, education, participating in decision making, and taking up leadership positions. It is a key policy document with historic commitments to achieve gender equality and women’s empowerment, recognizing all women in their diversities. It is strange for us now to even think that previously, the inclusion of women was an unspoken and controversial subject. With this instrument, the journey to inclusivity will be fulfilled.

The Beijing Platform for Action is the collective center of unity for the various movements. It is a safe space where ideas were birthed, nurtured, and given room to flourish and blossom staying true to its label as the most progressive global blueprint for advancing women’s rights.

We are still on the journey to fulfilling all the promises made but we are steadily taking baby steps with recognizable achievements. More women and girls today, more than at any point in history serve in political offices, are protected against violence by law, and live under constitutions that guarantee gender equality and equity.

The challenges
Feminism is an ideology that believes in supporting one another; fellow women standing up for each other and having each other’s back. However, as we recognize all this, the discussions bring to our concern issues such as inclusivity. ‘Is everyone included, who has been left behind?’

As much as we recognize the progress made, it cannot go unnoticed that there are still issues such as access that needs to be addressed. Not every woman has the privilege to access this information that we are privy to; due to geographical constraints, language barriers, and illiteracy. For instance, during the pandemic, some of us had the opportunity to access spaces where we could express our ideas and be heard, something women in rural areas cannot enjoy because smartphones, electricity and the internet are luxuries. In addition, the information in the Beijing Platform for Action is in English, which continues to limit women from the Francophone region of Africa, as well as those that cannot read, speak or understand English. This creates a gap between the literate, semi-literate or illiterate woman because the messaging only goes to favor the learned woman.

25 years later, the zeal and urge for women to create change has not wavered and it will not stop with us. It is crucial that we work towards inclusion and ensure that no woman is left behind. The question to us as women in the movement is how can we, even on an individual level, use our resources and privilege to make this information and these spaces available to a diverse group of women? We must realize that we need to work as a collective to achieve this. What is your pledge? 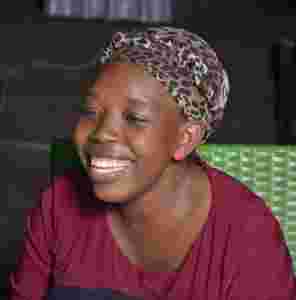 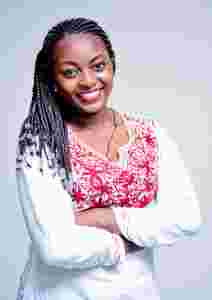 Authored by Pauline Bangirana, Journalist and alumna of the African Women’s Leadership Institute

Reflecting on 25 Years of the Beijing Platform for Action
Agnes Nasirumbi – Aspiring Woman Member of Parliament for Persons with Disabilities
“The African Women’s Leadership Institute has boosted my morale and indulgence to self.”