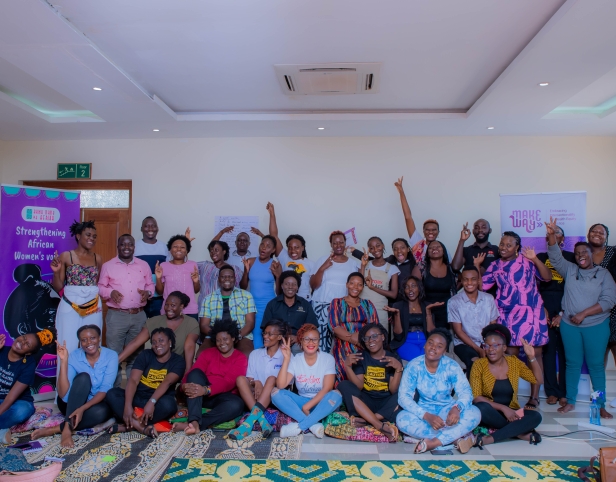 There are few fields shrouded in controversy like the field of Sexual and Reproductive Health Rights(SRHR). This controversy can be traced to the fact that there is a lack of sufficient information as well as the existence of shame and secrecy around sexuality and reproduction. This combination of factors that have been around for a long time among many populations has seeped into value systems, culture, institutions, and policies around sexuality and reproduction. Narratives like women will turn into men! They want to make us impotent! Children will become immoral! It is not our culture – is often widely spread to suppress the advancement of SRHR. Inviting people and communities to examine these deeply treasured and fiercely held opinions around SRHR is often tantamount to waging war against bodies and societies.

We could leave the status quo as it is if only the status quo did not reflect realities like 62,000 women dying from pregnancy and childbirth-related annually and the alarming rates of sexual violence towards teenage girls that spiked during the COVID19 pandemic in the East African region. Indeed the state of SRHR cannot be ignored and this is why we need a critical mass of feminist activists that can stand through the storms of controversy equipped with statistical facts, a knowledge of legal and policy frameworks, and a sound feminist analysis at all times. In June, from the 13th to 17th, AMwA through her flagship programme the African Women’s Leadership Institute (AWLI), convened a training on movement-building for intersectional SRHR under the Make Way Programme with support from the Dutch Ministry of Foreign Affairs.

The AWLI was organized to engage 18 partners working with marginalized groups from the Make Way Programme in Uganda on a deeply introspective and learning journey on SRHR advocacy. The diversity of participants such as people with disabilities, lesbian women, trans women, trans men, nonbinary persons, sex workers, mothers, young women, and men provided room for sharing practical experiences and learning.

“I was very impressed to find that all the sessions were connected to our respective work in SRHR around policy and advocacy. The storytelling night was particularly moving, the human tales of struggle and triumph told by my fellow participants, taught me the importance of being open minded to understand the reality that they live in that forms who they are.” – Karungi Carol, Media personnel from Straight Talk Foundation.

Following the slogan “The personal is political,” the training’s first module was on personal development. Here, participants were directed inwards to look at themselves as instruments of their work and then proceed to practice care, awareness, and commit to continuous improvement by Phoebe Murungi of Sunkissed Wellness. The next module was a crash course in feminist theory provided by retired lecturer and seasoned feminist activist professor Sylvia Tamale. Participants were invited to don a feminist analytical lens through which they examined systems of oppression like the patriarchy, capitalism, imperialism,  gender and sex, sexuality and sexual orientation, and decolonization. The history of various feminist movements were shared and the feminist vision that African feminists are hoping to achieve. By mid-week, participants were immersed in the application of intersectionality. The session was handled by Leah Eryenyu the Head of Programmes at AMwA. Following was a lecture on the state of SRHR in Africa, human rights, and legal policy frameworks with the lawyer and feminist activist, Sofia Rajab. Through these sessions, participants were encouraged to have effective advocacy that is steeped in existing statistics and to always engage actively with people who exist in different realities and are continuously marginalized in society.

The last two days engaged the participants in a vigorous exercise of making an advocacy plan that incorporates the lessons learned from the previous days. This process was steered by Rose Wakikona, a Feminist Lawyer. Through her experienced compass, participants’ advocacy plans were developed with a feminist analysis of the problem, power mapping, and an effective solution grounded in intersectionality.

“One of the things that stuck out for me from the training is that being a feminist means a dedication to activism and continuous learning to better one’s self and the world.” – Kirsteen Ssebabi, Feminist Activist

Even though the AWLI is a learning space, it is never all work and no play. There was ample time dedicated to self-care and bonding through power yoga sessions before the training, game nights to lift up spirits, and the storytelling session around the bonfire that further showed us the resilience of the human spirit. 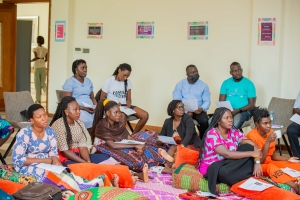