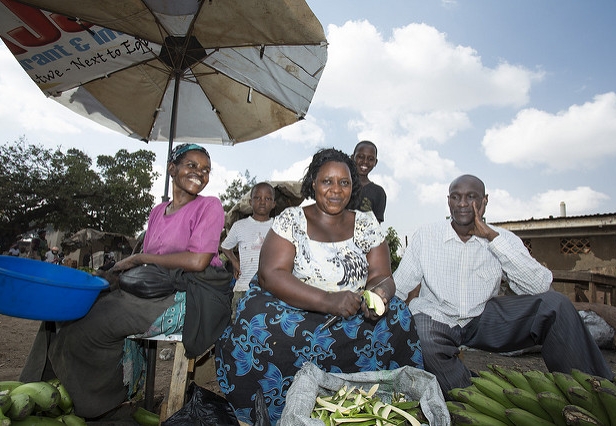 As the World Bank and International Monetary Fund’s Spring Meetings happened from 18-24 April 2022,  war, pandemics, rapid increase in inflation, debt crisis, and disrupted supply chains took center stage in the discussions. The global economic growth is slow and multiple shocks are threatening to worsen poverty and impede development gains. More than ever before, we are experiencing an interconnectedness of crises happening all at the same time.

Ahead of the meetings, the IMF Managing Director, Kristalina Georgieva, commented that “The immediate priorities are to end the war in Ukraine, confront the COVID-19 pandemic, and tackle inflation and debt.” She mentioned that Africa is particularly vulnerable to the impacts of the Ukraine war through four main channels—increased food prices, higher fuel prices, lower tourism revenues, and potentially more difficulty accessing international capital markets.

As much as the war tends to overshadow other crises, we must remember that long before the war, energy and food prices were high, and the climate crisis was ravaging communities and the livelihoods of people in the global South, particularly in Africa.

We  joined other feminists, women’s rights, and civil society organizations in urging that discussion at the world bank/IMF spring meetings should focus on:

Rethinking their insistence on governments implementing austerity measures as these undermine availability and access to public services for poor and minoritized groups, particularly women who heavily rely on these services. It has been the legacy of the World Bank and IMF since the 1980s to recommend government policy measures that reduce their direct involvement in development. Influenced by the conditions laid out in the Structural Adjustment Programmes (SAPs), many governments cut down their public expenditure, withdrew their influence in regulating the market, and allowed for increased private sector involvement, even in the provision of public services. With the outbreak of COVID 19 and its associated impact, both at national and household levels, we saw and continue to see history repeated. But this must stop if we are to attain gender equality and the full liberation of women, girls, and gender-expansive persons in Africa.

Fostering debt justice for developing countries. The impacts of sovereign debt on gender equality and women’s human rights are well documented. And these impacts are largely the results of the diversion of public resources in debtor countries from social services towards debt repayment, and by the policy conditionalities frequently attached to international debt relief mechanisms by the World Bank and IMF.

Adopting and promulgating mechanisms promoted by feminist economists that recognize and reward unpaid care work given its contribution to the economy. The care economy and especially unpaid care work greatly subsidize the wage economy and yet traditional economics generally refuses to acknowledge the contribution of women’s unpaid care work to the economy nor how it can be redistributed. This requires ensuring the public services are comprehensively financed to lower out-of-pocket expenses but also promote the principles of decent work including countries adopting national minimum wages, especially for blue-collar workers.

Increasing availability, access, and affordability of finance for climate action for the African continent and the global South in general. Mobilizing finance for climate action remains a big challenge in Africa because of the continent’s limited fiscal space owing to competing financing needs, narrow tax bases, and debt. This is notwithstanding the fact that Africa, despite being disproportionately affected, is the least responsible for this crisis. According to estimates by the UNFCCC Africa group, Africa’s climate financing needs as estimated from their Nationally Determined Contributions and the National Adaptation Plans supersede the $100 billion target that developed countries are supposed to provide per year.

Putting an end to financing techno fixers of the climate crisis whose focus is merely to contribute to achieving “Net Zero”. Such offsetting programmes are behind grabbing large areas of Africa’s lands and even displacing small producers for massive tree plantation projects for carbon credits while allowing for the continued burning of fossil fuels. “Net” in climate policy means not only foreseeing actual emissions reduction but also planning on forests, croplands, and wetlands to act as carbon sinks and absorb some of these emissions, which means the actual reduction target is lower than the actual pledge made.  Instead, the World Bank and IMF should prioritize climate financing for locally-led climate solutions. Since time immemorial, rural communities and indigenous people, particularly women have nurtured the earth and protect natural resources. As custodians, they continue to implement solutions that are good for people and the planet.

Prioritizing financing for loss and damage in their climate financing programmes. This should include adopting more just and inclusive modalities that ensure accelerated access through the provision of more grants and fewer loans, channeling financing through governments as opposed to the private sector. Financing for loss and damage should not be appropriated based on GDP contribution given that until now, despite their role in the economy, women’s contribution remains invisibilized. The financing mechanisms should also be made more flexible and less corporate-centered, recognizing that capacity challenges exist in various countries and communities that expert consultants take advantage of to benefit through commissions earned from finance accessed through their assistance.

As key financiers of climate mitigation and adaptation actions, the World Bank and IMF should commit to ending fossil fuel expansion and rapidly invest in accelerating a just and inclusive energy transition; prioritize rolling back on privatization of renewable and regenerative energy resources and its supply to ensure enhanced affordability, accessibility, availability, and adaptability; and decentralize and democratize ownership of renewable and regenerative solution; and invest in community-owned solar and wind, public green utilities and nationalized renewable energy industries.

Practicing Our Feminism As African Women And Gender-Expansive Persons
Abortion As A Feminist Issue : AMwA’s Rethink Space on Feminist Approaches to Safe and Legal Abortion in Uganda
Celebrating Women At Work