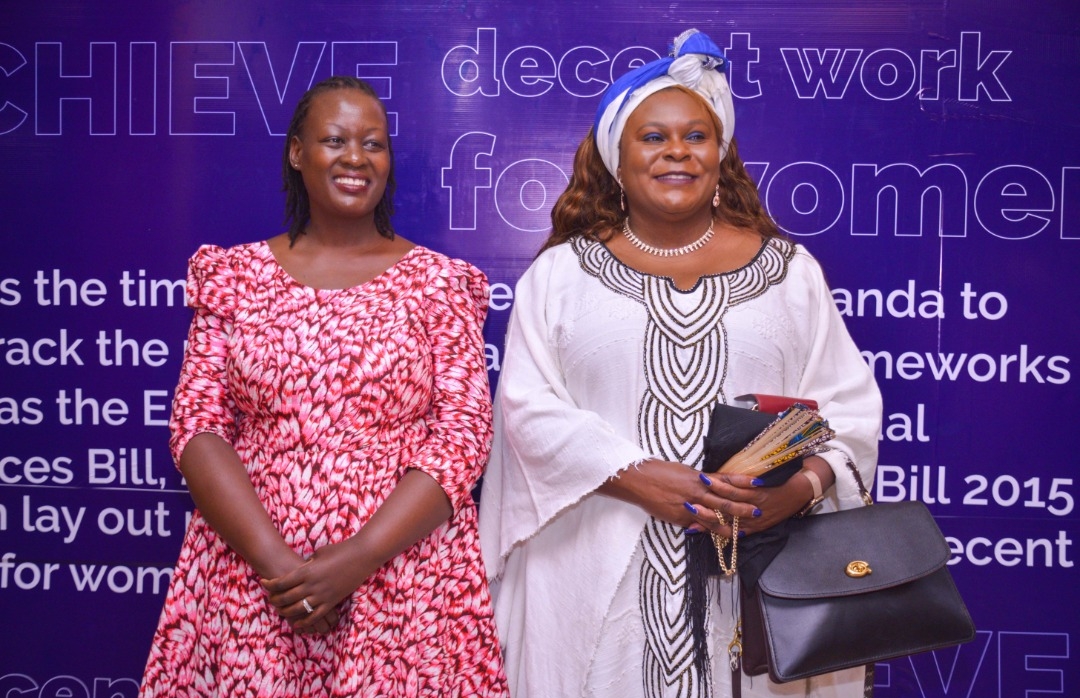 What comes to mind when you think about a day in the life of the woman who nurtures and picks the flowers decorating your living space? Do you ever stop and think about the women who work in the security forces? Rita is among many women who were featured at Akina Mama wa Afrika’s women@work exhibition on women’s foils and triumphs at the workplace. A pregnancy while still in school forged a different path for her. Now working on a flower farm, she wishes that she earned more than the UGX90,000 (USD24) per month that she is paid. The other stories are similar and take place on the street, at the market, in a mine, a hotel and at home!

AMwA in partnership with Hivos East Africa joined the rest of the world to commemorate International Women’s Day 2020 in a historical exhibit depicting women’s daily experiences at the workplaces where participants had a glimpse of a day in the lives of women working on flower farms, domestic workers, woman street vendors, women market vendors, sex workers, women migrant labourers and many more! The exhibition was launched by the UN Uganda Resident Coordinator, Ms. Rosa Malango who made a commitment to engage the government and push for the ratification, domestication and implementation of the ILO Convention 190 on Violence and Harassment in the World of Work to ensure that women work in conditions of safety and security, with agency, dignity and autonomy. Ms. Malango lived up to her promise at the national Women’s Day celebrations attended by Uganda’s president, H.E. Yoweri Kaguta Museveni, by calling on the government to ratify the instrument. Ms. Malango also expressed her displeasure at the fact that Uganda does not have a minimum wage in place.

In a keynote address on the precarity of women’s work that was delivered by Dr. Madina Gulooba, a senior research fellow at the Economic Policy Research Centre (EPRC) – Uganda’s leading think tank in economics and development policy oriented research and policy analysis – it was confirmed that female employees earn half of their male counterparts’ emoluments for the same category of work in a number of workplaces, both in the formal and informal sector. She added that the percentage of women in the labour force is still far below that of their male counterparts in Uganda. Dr. Madina also noted that one of the challenges restricting women’s active participation in formal employment is the digital divide and low uptake of new technologies by women. She called for a comprehensive review of labour laws to make them effective against all forms of discrimination and exploitation and quick passage of the same.

We need the labour laws amended to eradicate all forms of discrimination, exploitation and harassment – Dr. Madina Gulooba

To expand the conversation to the participants, a panel comprising Maria Alesi – FES Uganda, Sandra Komuhiimbo – Uganda Women’s Network (UWONET), Assumpta Namaganda—Assistant General Secretary for Special Interest Categories at the HTS Union, Elizabeth Ochola – Women’s Probono Initiative and moderated by AMwA’s Leah Eryenyu was convened. The panel sought to interrogate the state of women’s human rights in the world of work. According to Assumpta, many bars, hotels and such establishments either do not have or do not enforce sexual harassment policies which exposes their employees to hazardous working conditions. She urged that efforts to ratify ILO Convention 190 must include ratifying Convention 189 which is a Domestic Workers’ Bill that will guarantee protection to domestic workers. When it comes to hotels and lodges, Assumpta reported that most cases of harassment are experienced by staff during turnover time.

We have chosen invisibility. We have chosen not to see the workers in the informal sector. To us, they are not more than the tomatoes, gonja or clean room that they have to offer – Maria Alesi

On valuing domestic workers, Leah posited that if we do not expect UGX50,000 to fund an ordinary personal errand, why do we think that it is enough to cater for the demands of the person who looks after our homes? In agreement with her, Sandra added homes are workplaces and the people who make this environment fit to live in should be given their fair pay. A discussion on unpaid care work ensued where Sandra noted that gendering roles such as cooking is part of why women’s work at home is not valued.

The multimedia exhibition which featured a variety of photographs, videos and reading material ran from 6th to 8th March and provided context on the challenges faced by women at the workplace, chief of which was sexual harassment according to the participants. Exhibiting partners were: Golden Centre for Women’s Rights, National Association of Professional Environmentalists, National Organisation of Peer Educators, Platform for Labour Action, Strategic Initiative for Women in the Horn of Africa (SIHANET), The Association of Ugandan Women Lawyers (FIDA-Uganda), The Institute for Social Transformation, The Uganda Hotels, Food, Tourism, Supermarkets and Allied workers Union (HTS-Union), Uganda Women’s Network (UWONET), and Women’s Probono Initiative.There were also some interactive elements such as a commitment board where visitors suggested mechanisms to make workplaces free of harassment.

What word comes to mind when you think about the experiences of women in the workplace?

For the people in the room today, sexual harassment is most prominent! This calls for more efforts to #RatifyILO190 #WomenAtWorkCampaign 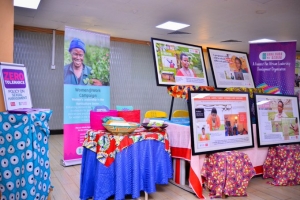 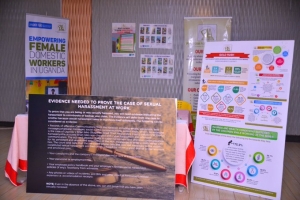 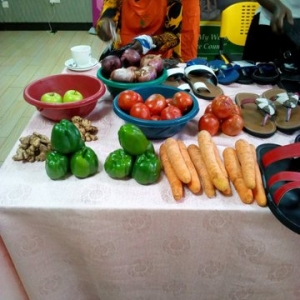 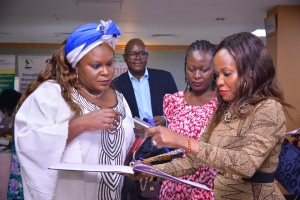 A sneak peak into the exhibition that was!

Unearthing Women’s Foils and Triumphs in the Workplace in Uganda
Art Meets Activism at the Premiere of Prickly Roses, a Short Film about the Experiences of Women on Flower Farms
Maternity Protection to Advance Women’s Rights to Work: Experiences from the Horticulture Sector in East Africa