Home News 16 Days of Activism. The Tide is Turning: Take a Stand Against Rape and Sexual Assault 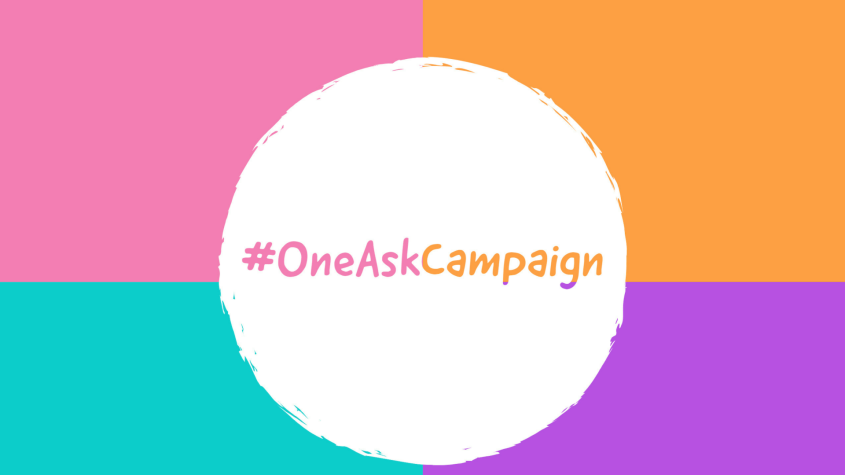 Akina Mama wa Afrika (AMwA) is this year joining the rest of the world in commemorating the 16 Days Of Activism Against Gender Based Violence under the theme End GBV in the World of Work. The world has waited too long to challenge and contest the normalization of sexual violence in our institutions yet sexual and gender based violence is undeniably an all-too common and devastating pandemic that continues to quake women and girls in Africa. Worldwide, despite 144 countries having passed laws on domestic violence, and 154 having laws on sexual harassment [1] women and girls from different walks of life continue to face harassment on a daily basis. Right from their homes, to the streets and workplaces and most recently on online platforms, from women in the informal sector, to women in parliament and women in minority groups. The effects of violence against women in Africa continue to hinder the achievement of equality, development and peace because not only is the vice a violation of the rights and fundamental freedoms of women but it impairs and nullifies women’s ability to effectively participate in development processes galvanised by the deficient justice and health systems that fail to effectively support survivors. In the wake of the recent global movements such as #MeToo and #TimesUp that have successfully sought to hold perpetrators of violence against women accountable and continued to expose the vice from board rooms to rehearsal rooms, Africa has not necessarily followed a similar path in collectively calling for an end to the impunity on sexual and gender based violence. While women’s movements in Uganda and South Africa triumphantly organised activities like #WomensMarchUg and #TotalShutDown respectively, in protest of acts of violence against women and girls and to draw increased attention to the nature, severity and magnitude of the problem of violence against women, the responses from the States have been inadequate not forgetting the harsh backlash endured by young women who took to social media to speak out on various forms of sexual misconduct.

Our work with women in the horticulture sector in East Africa in partnership with Hivos has revealed that women on the flower farms face multiple forms of harassment nourished by the fact that systems to curb the vice are lacking for example the absence of sexual harassment policies on some of the flower farms as found in a baseline study carried out by Hivos. Such violations against women and girls are key in frustrating ambitions of achieving Sustainable Development Goal 5 on Gender Equality and Empowerment of Women. For young women at the university, cases of being sexually harassed at internship sites or even by friends while having fun at bars flood the media on a daily basis. To make matters worse, the brave survivors of these acts against humanity have literally nowhere to run since some of the available policies are lacking and the police stations do not have special reporting procedures for rape and sexual assault and when efforts are made to report the perpetrators, the survivors are hardly believed with victim blaming as the order of the day. A baseline study commissioned by Akina Mama wa Afrika in 2017 to gauge the state of violence against young women in institutions of higher learning in Uganda confirmed these sentiments and exposed atrocities such as sex for marks, cyber harassment and blackmail that further violate women’s rights. Further, 2018 has seen media awash with stories of sexual harassment at Uganda’s leading institution of higher learning – Makerere University. What this calls for is increased demand for accountability and reforms to ensure that such spaces are safer for women pursuing higher education. It is against this backdrop that AMwA launched the #OneAsk Campaign, an online and offline  campaign that seeks to lift the silence on sexual violence by sparking conversations on the vice and demanding for accountability from all stakeholders such as the government and institution authorities. The campaign the will have participants share their key asks as well as suggestions to trigger action to combat sexual violence at institutions of higher learning in Uganda.

In line with our strategic objective of increasing recognition of women’s rights, gender equality and women’s empowerment in decision-making fora at all levels, Akina Mama wa Afrika is taking this year’s 16 Days of Activism Campaign to institutions of higher learning in Uganda in a bid to raise awareness and spark dialogues on sexual violence at institutions of higher learning in the country since these are spaces where sexual violence has been institutionalised. Tertiary institutions constitute unsafe workplaces for students, administrators, and academics who face the risk of sexual harassment and abuse without adequate prevention and response strategies in place. Under the TuWezeshe Akina Dada Project and with support from Comic Relief, AMwA will host a dialogue at Makerere University in Uganda with a demand that sexual harassment policies be reviewed and functionalized.  AMwA is also currently carrying out a creative design campaign for students in institutions of higher learning which seeks to resist the silence around sexual violence and the normalisation of rape culture.

You too can be part of the 16 Days of Activism, call out sexual harassment in all its forms when you see it, or hear about it. Break The Silence! End the Violence!

AMwAzons Meet Select Committee On Inquiry into Allegations of Sexual Violence in Institutions of Learning in Uganda, Submit Recommendations For Institutions of Higher Learning
#CSOToo: Women in the Civil Society Organisations in Uganda Call for Improved Solidarity with Survivors of Sexual Violence
Making Sure HR Managers in Uganda Prioritize Sexual Harassment at Their Workplaces